Five years ago today we were gettin’ hitched.  We were surrounded by so many friends and family on that hot summer evening in San Pedro and the day could not have been more perfect.

To commemorate such a milestone in our relationship I thought I’d make a list of some of my top five favorite things about our marriage:

Five of my favorite adventures

Five of my favorite things about our relationship

The night of our anniversary (Friday, July 8th for any of you wondering) we spent the evening exploring a small part of our new city: Jack London Square.  We weren’t sure where we were going to eat so walked around for a bit trying to scope out a good place for dinner.

At first the place seemed dead, so much so that we were wondering if we weren’t really supposed to be walking around down there, haha.  But looking into the windows of all of the restaurants we figured out where all the people were since every place was packed!

We finally decided to eat at Bocanova, a pan-American grill, and holy smokes and I glad we did.  They serve small plates but just about every plate we got was fantastic. 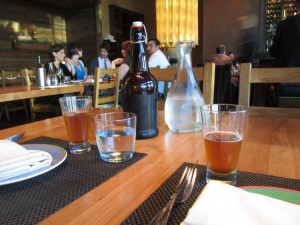 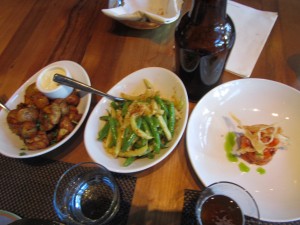 Papas fritas, green/yellow beans, and a salmon tartare (I gotta be honest, I didn’t know what a tartare was until the plate showed up, haha)

And what anniversary dinner would be complete without dessert? We were STUFFED but just had to get a dessert.

Kevin about to start in on his cheesecake 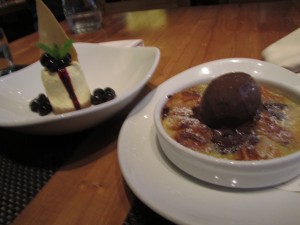 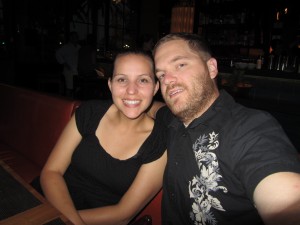 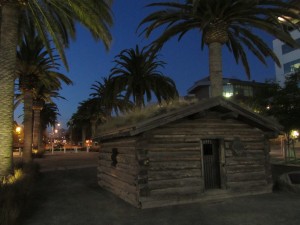 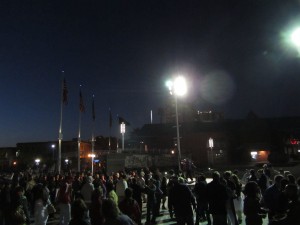 We came out of the restaurant to a huge group of people taking salsa lessons, how cute!

The next day we were off bright and early to meet Carleigh to take our two pups to Pet Camp for the evening while their parents went to relax in Reno!  We’ve never left Lola at a pet boarding place before but we know she was left in really good hands since most of the staff worked with Kevin and remembered Lola really well. 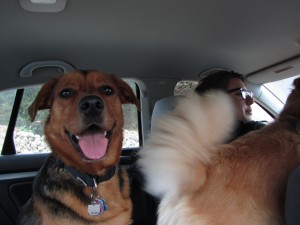 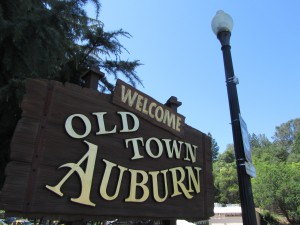 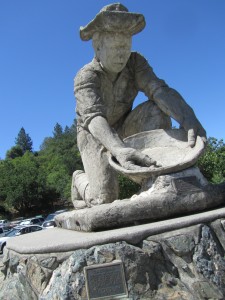 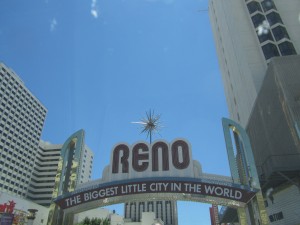 Welcome to Reno! This was my first real visit to the city (I think I had driven through it before growing up)

It was just Kevin, Carleigh and I for the day and into the early evening since Scott was at a conference at another hotel.  After checking in we went straight to the Island Buffet (not the best buffet in the world, but it did the job alright). 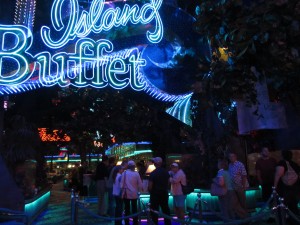 Then it was off to the POOL! 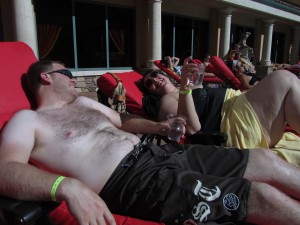 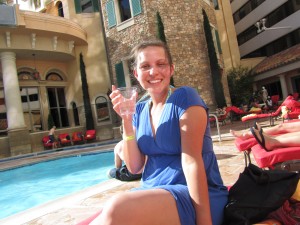 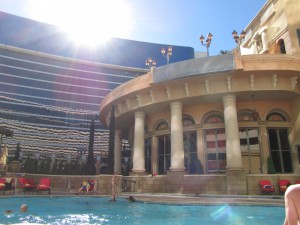 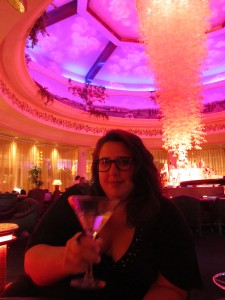 Then we got ready to go out to dinner at Naan and Kabob across the street from the hotel.  I cannot complete this blog post without saying how AMAZING the food and service at this place was. We were so incredibly impressed by everything about the restaurant and I can’t believe we found such a place in Reno! 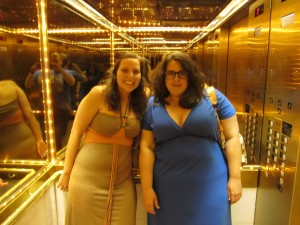 Me and Kev at Naan and Kabob

After dinner we went to pick up Scott and went straight to the slot machines!

The Peppermill, the hotel/casino we stayed at

I was up about $100 but quickly lost it between Kevin and I 🙁 but Carleigh ended up being the big winner of the evening with a $300 win off a penny machine! 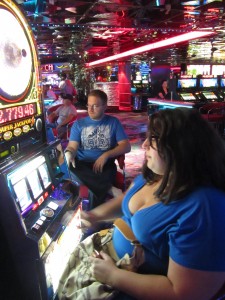 Concentrating a little too hard on their machines 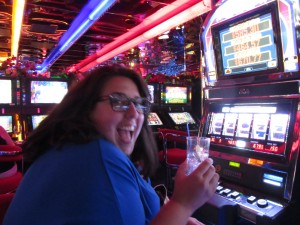 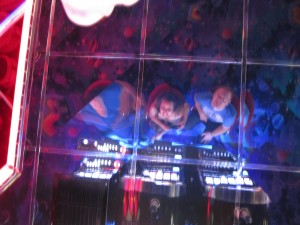 Can you see us in the reflection of the ceiling? 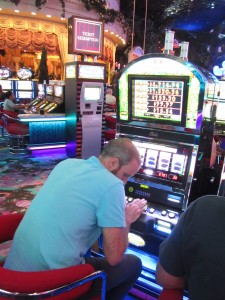 Scott listening in to the “Yeee Haw!” machine 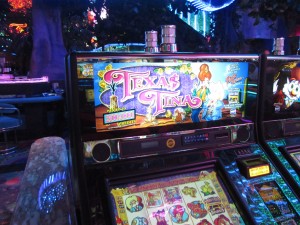 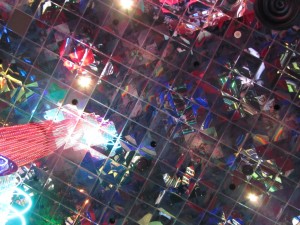 After a late night at the machines we surprisingly were able to get up early for some morning pool time!  Even at 8am it was hotter than heck out so was totally worth it for a dip in the pool.

On the way out of Reno we ate atPeg’s Glorified Ham n Eggs (sounds like the *perfect* place for a vegetarian and a vegan, right?) and it was surprisingly an amazing little breakfast place! I was so impressed by the food in Reno, something I was definitely not expecting to say after the trip. 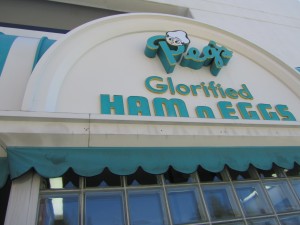 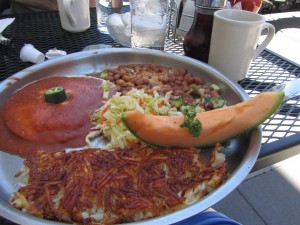 My vegetarian skillet. Holy moly it was SO good!

I was SO incredibly happy that we were spending our anniversary weekend in Reno instead of moving like we had planned on. Thank you Carleigh and Scott for suggesting such a brilliant idea and for letting us tag along!

Photo of us in front of the casino’s wedding chapel

2 observations on “Celebrating 5 years in Reno!”