We’ve been trying to maintain the “adventures” part of the blog’s name as much as possible, I’ve just been slacking on updating about it here.  Here are some fun things we did in February…

I joined Carleigh and Scott for an evening of live theater at Albany High School (just north of Berkeley) to see “The Drowsy Chaperone”, a musical comedy.  Carleigh and I were both active in theater when we were in high school and it was fun being a community member out supporting a local high school’s musical.  It sure brought back a lot of memories for us!

The lobby of the theater 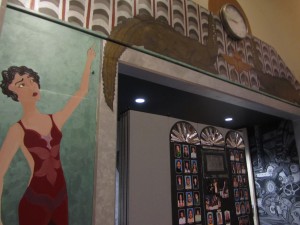 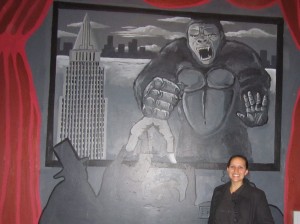 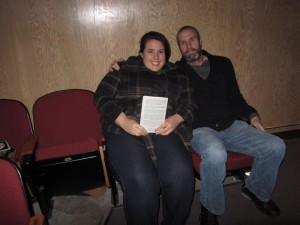 The very cute theater (soooo much smaller than our high school’s!)

On a bright and sunny weekend Kevin, Lola and I took a long walk through our neighborhood to do some exploring.  It ended up being a 3 mile walk round trip and our final destination was the Oakland Municipal Rose Garden which all you horticulturalists out there probably already know that it wasn’t in bloom this time of year but it still made for a nice walk through the grounds.  We want to return after Mother’s Day which is when they say the roses really start popping. 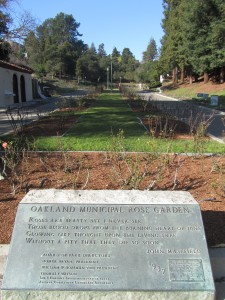 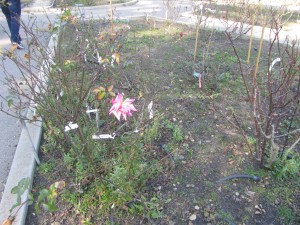 Just about the only rose petals we saw that day

The grounds include a beautiful pool and lots of trails 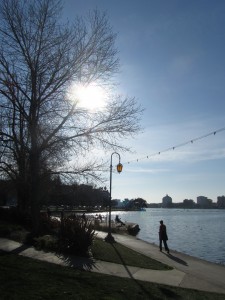 I honestly cannot get over how gorgeous this lake is and how lucky we are to live so close to it!

See the little gnome?  These little guys have been popping up around the neighborhood for the past few months…they’re hand-painted and nailed to the bottom of telephone poles.  I don’t know who’s behind all of this nonsense but I sure am a fan!

On Superbowl Sunday, my favorite holiday of the year (can you sense the sarcasm of my typing voice here?), we made the trek across the bridge to our old stomping grounds: San Francisco!  It’s amazing how little we get out to the city now that we live in Oakland (only 20 minutes drive from SF with no traffic, though, so really not too far at all).  I’m there too often for work so when it comes to the weekend it’s the last place I want to drive to, unfortunately.  But this particular Sunday we had an excuse…a Superbowl party hosted by our friend Darinee!  We arrived pretty early so decided to spend some time reading and relaxing at Alta Plaza Park in Pacific Heights.

Cherry blossoms in full bloom!  So, so pretty. 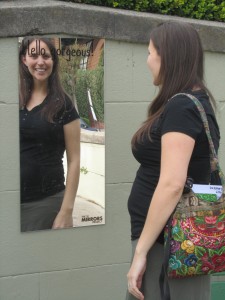 We saw this mirror in the park that was installed by The SF Mirrors Project (a really cool public art project, check out the website for more info) and Kevin wanted to take a picture of me in front of it (with a wee little baby bump!)

Views from the top of the park… 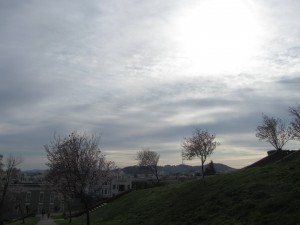 And last but not least, this past weekend we spent a glorious Sunday morning hiking in Tilden Park in Berkeley with our friends Terri and Scott and their pups Madeira and Ihna.  The only other time we had been to Tilden was our first weekend in the East Bay for 4th of July weekend when we went swimming in Lake Anza with Carleigh and Scott so we were overdue for a trip back there!

The windy drive to Inspiration Point where we were meeting the gang…Lola enjoying the ride sniffing out the window! 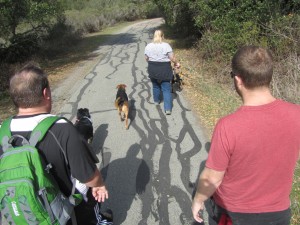 The group making our way up… 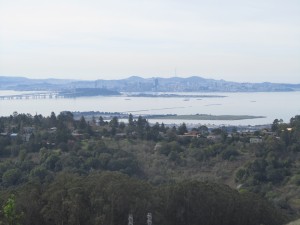 To be rewarded with a beautiful 360 view of the SF Bay and surrounding areas!

We took a little break at the top of the peak to let the dogs rest (oh who am I kidding…it was to let the humans rest!) 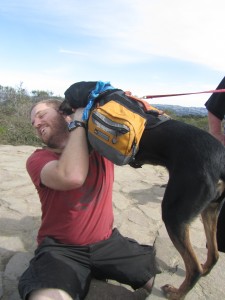 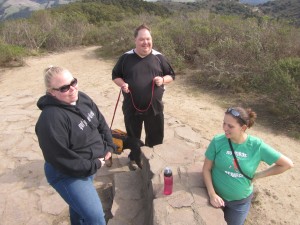 Teri and Scott keeping me entertained! 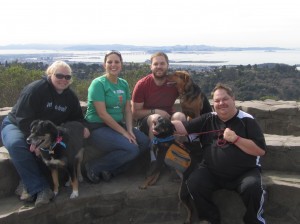 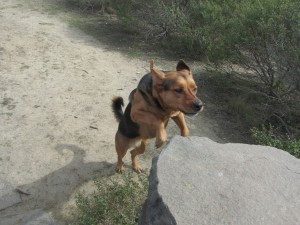 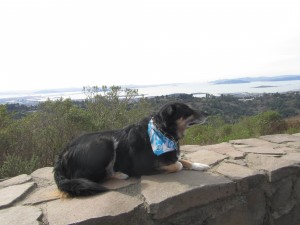 Madeira looking all majestic at the top of the peak 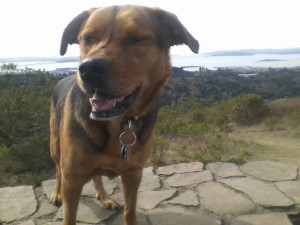 Lola, looking like she’s in on some inside joke (photo courtesy of Scott) 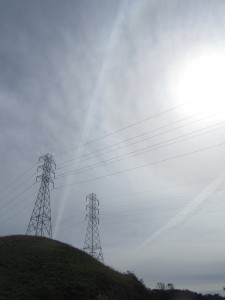 For some reason I thought these towers looked really neat on the way back down the hill…don’t ask.