Hike in the Presidio

Kevin and I made a goal to go on a hike as many Saturdays as possible.  So on Saturday 2/26 we went on a 5 mile hike through the Presidio in San Francisco.  The Presidio is a 1,500-acre urban national park at the base of the Golden Gate Bridge and although we had driven through it many times when we had visitors in town, we hadn’t explored much of it on foot.  We followed the map in a book we checked out at the library and, although there was a bit of a detour due to construction, we followed it pretty close. 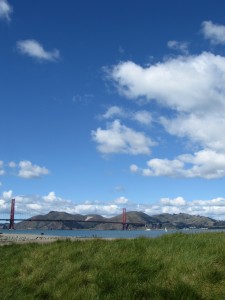 There was rumor that it might snow in San Francisco the day of our hike but, as you can see, it was a super clear day over the Golden Gate Bridge!  We couldn’t have asked for better weather.

There were lots of old canons and army memorabilia out for people to see.  We thought this beautifully decorated canon was quite the sight: 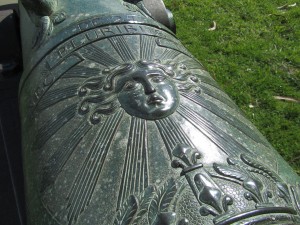 Then we came upon an old army hospital:

Lola went galloping up the stairs…and ended up on the balcony, looking down at us:

So I ran up to join her for a photo opp on the balcony of the old army hospital. 🙂

Around the back of the hospital we found these two cottages which were built after the 1906 earthquake for refugees: 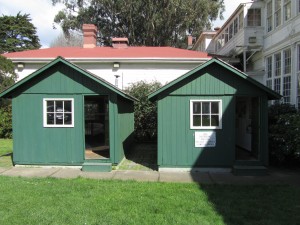 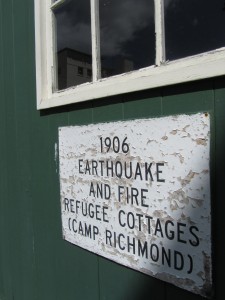 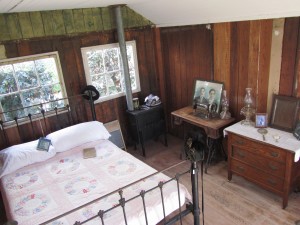 Nice little set up they had there!

I took a photo of Lola from the inside of the cottage and it wasn’t until later that I realized what she was doing at the time.  Nice way to show your respect for a piece of history, Lola! 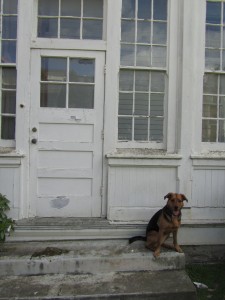 Lola on the back steps of the hospital 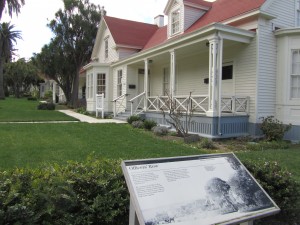 Then we got stuck for a few minutes due to construction.  We were going to try to bypass the construction by zipping through the national cemetery but because dogs aren’t allowed we had to come up with another plan.  We decided to hike through the forest behind the cemetery to try to meet up with the path again (instead of taking the 2 mile detour back the way we just came!)  Luckily, it worked out perfectly and we saw some cool sights along the way.

Me and Lola hiking through the forest

We saw a couple of cool churches: 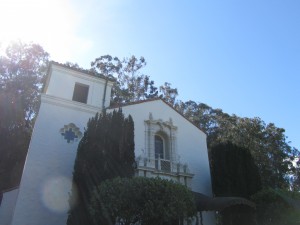 And here’s part of the national cemetery with the Golden Gate Bridge in the background:

Then we happened upon this weird pile of wood.  After contemplating what its purpose was and after Lola climbed on top of it (typical), we finally saw a sign describing it.  Turns out it’s a gray fox habitat! 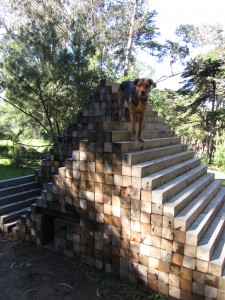 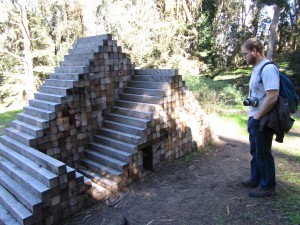 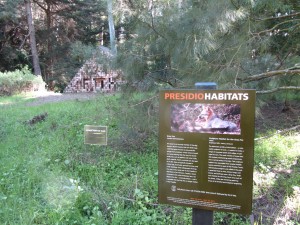 Then we saw these huge block letters on poles out in the middle of a field.  One line we were able to make out said “resolve conflict with song” and we had no idea what the heck the purpose of it was. 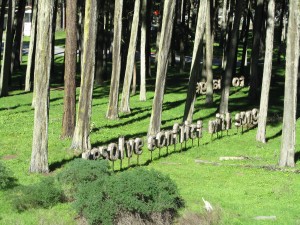 Then we saw another sign which said that it’s a habitat for a bird.  Here’s a close-up of some of the letters, they were filled with straw. 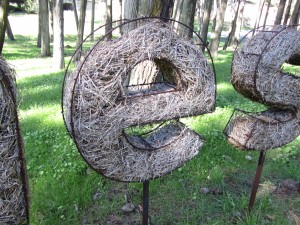 I guess there are a ton of these artistic habitat displays that people can check out and they’re part of the Presidio Habitats Exhibition.  They’ll only be up through May 15th of this year so we gotta check out the rest! 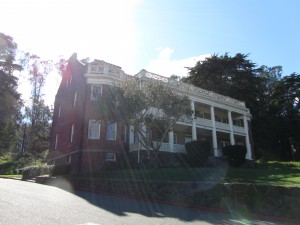 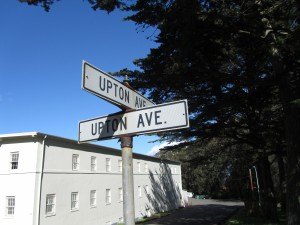 “I live on the corner of Upton and Upton”–good lord. 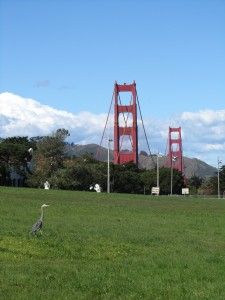 A lone crane out in the field 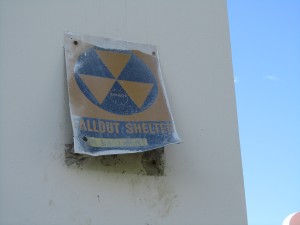 Fallout shelter: Cool, now we know where to go. 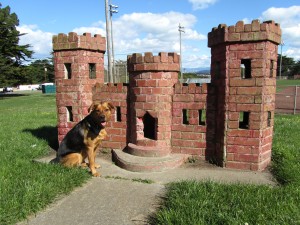 Lola found this random mini castle out in the middle of the Presidio. So I had her pose in front of it since she’s like our little princess.  🙂

At the base of Golden Gate Bridge

View of the coast

The last third of the hike was along the Bay Trail which took us through Crissy Fields and along the beach.

Kevin made me and Lola go through this 4 foot tunnel that was filled with about an inch of water instead of taking the long way around. Crazy guy. 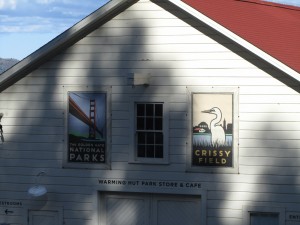 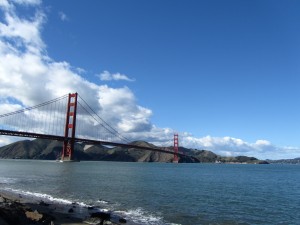 I can’t get enough of this view! And the bridge looked even more amazing on such a gorgeous day.

2 observations on “Hike in the Presidio”