Our good friend David (whose wife Erin I met while studying abroad in Nicaragua and she was one of my bridesmaids) came for a weekend visit from Rockford, Illinois and it was so great to see him! He flew into SFO late Friday night so we picked him up and spent some time catching up before hittin’ the hay.

On Saturday we dropped him off at the SF Conservatory of Music…David is a trumpet player and is going to start a Master’s program in the fall and one of the schools he’s applying to is the SF Conservatory; graduate applicants are given the opportunity for one free lesson with a professor so he took advantage of it and was able to visit us at the same time! 🙂 David was at the school pretty much all day so Kevin and I just hung out around the house and then late afternoon we headed over to our friend Maya’s apartment for some holiday cheer. We made holiday cookies (chocolate chip, gingerbread and peanut butter/chocolate cookies) and watched “The Santa Claus”. David joined us later for some Serrano’s pizza and to watch “Sleepaway Camp”, a horror movie (great holiday film, eh? haha)

On Sunday we did some sightseeing…the “poor man’s Lombard Street” , Potrero Hill’s Community Garden, Golden Gate Park, Haight/Ashbury, the Castro, the Presidio, and Golden Gate Bridge (Kevin and I are becoming pros at sightseeing! 🙂 ) We had lunch at Jay’s Cheesesteak in the Mission which has great sandwiches and a ton of vegetarian meat options. Then that evening we went to Cafe Divine in North Beach (delicious mochas!!) to see the SF Conservatory professor that David met with on Saturday perform with his jazz quartet, The Mario Guarneri Jazz Quartet. It was a fantastic show and I think David’s inspired us to become monthly regulars.

We’re keeping our fingers crossed that all goes well with David’s regional auditions in January and that everything falls into place so that they can move out here to the Bay Area! 🙂 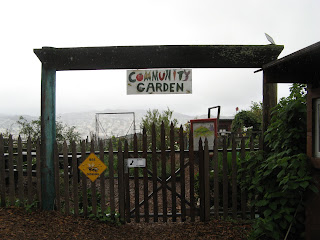 Potrero Hill Community Garden, a beautiful, quiet retreat in the middle of the city 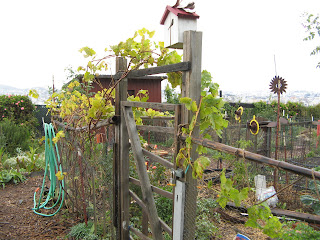 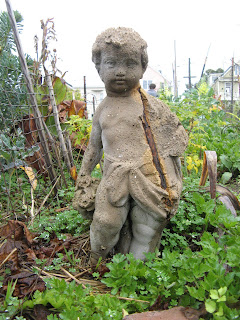 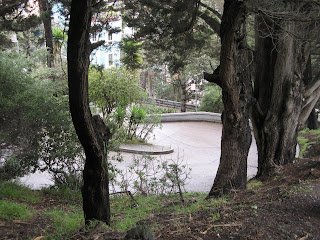 The “Poor Man’s Lombard Street”…they say it’s more crooked than Lombard, and it’s nowhere near as crowded so it’s become our go-to when entertaining visitors 🙂 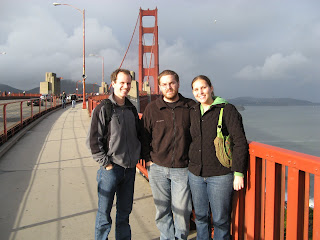 Proof that David was here, haha 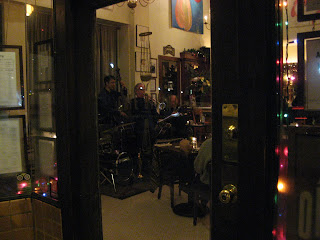 View more posts from this author
« We’re back!!
Visitors, cookies and kitties! »