I had heard about Carnaval before we moved up here from Jessie who had been before and raved about it, so I was excited when the time had come for SF Carnaval weekend! Jessie was out of town at a yoga retreat in Joshua Tree (her graduation gift to herself!) and Kevin was busy working so I was afraid I might not go because I didn’t want to go alone. But a friend who I’ve met through the blogging world, Elisse from Vancouver, Canada, e-mailed me a few weeks prior letting me know that she and her friend Cindy would be in SF that weekend and wanted to check out the festivities! 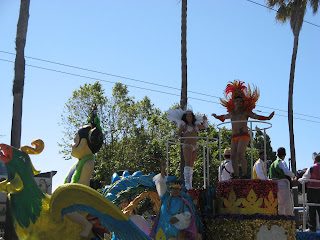 Plenty of feathers, fish nets and thongs to go around! 😉 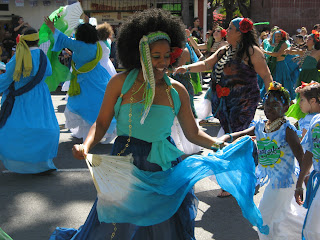 So many beautiful performers in the parade! 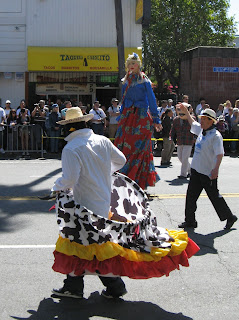 I got a little teary-eyed when I saw the baile folklorico de Nicaragua group approach–for those of you who don’t know, I studied abroad in Nicaragua in 2004 and had an amazing time. The huge woman you see in the background is called “la Gigantona” (the giant woman) and is popular in Nican parades and events, and I hadn’t seen “her” since my time there! I immediately had to text my good friend Erin who was one of my bridesmaids who I met in Nica 🙂 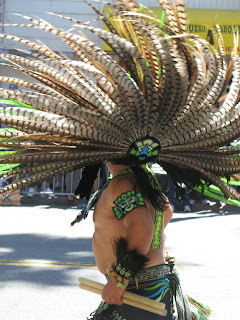 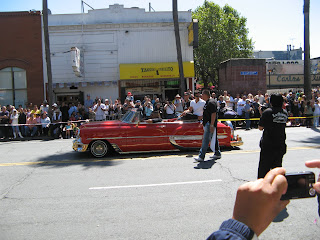 Benjamin Bratt was there too! (He’s in the white shirt in the back of the car, click photo to enlarge) He was there promoting the new film he is in that takes place in the Mission (the neighborhood that the parade was in and the neighborhood he grew up in), the movie is called “La Mission”. 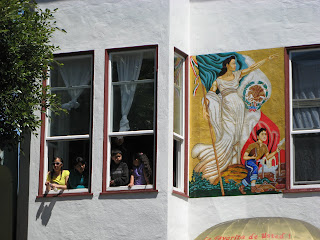 Some kids watching the parade from their apartment windows 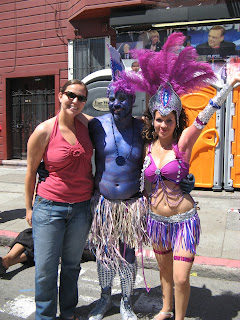 I just HAD to get a photo with these two! Their costumes were gorgeous.

One observation on “Carnaval!”