A night of live jazz

Our dear friends Carleigh and Scott (who have been pleasantly surprised with their recent fame on the blog 😉 ) took us out to Savanna Jazz Club in the Mission on Saturday 10/23 for dinner, drinks and live jazz. We saw Suzanna Smith and her quartet play and they were fantastic. Some of you probably know that one of my dreams is to become a jazz pianist and I would lovelovelove to be a part of a jazz group one day playing at a local jazz club so it was so great seeing live jazz. I just need to get to practicing the piano more!

But the drinks were delicious! 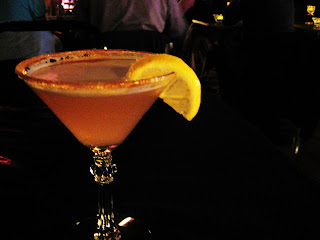 My “Bossanova” with mango rum and cinnamon sugar around the rim. Yum! 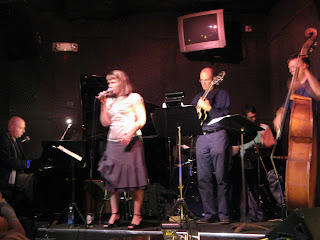 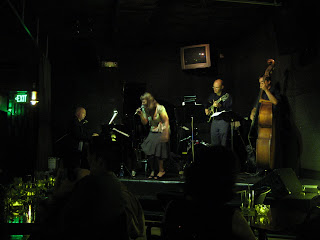 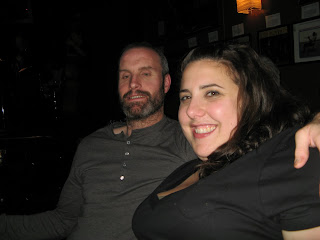 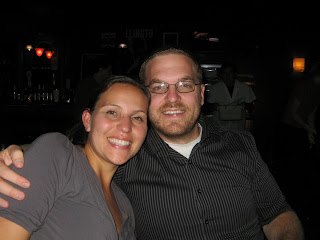 While we were inside the singer announced the SF Giants’ win and the whole place erupted in applause. When we left the club later that evening the street was filled with excited (and probably drunk) Giants’ fans–honking their horns, hanging out their car windows, and standing in the middle of the street waving huge Giants’ flags. Remind me not to be in the Mission during their final game of the World Series! 😉

Can’t thank Carleigh and Scott enough for such a wonderful evening…you two are the best!!

View more posts from this author
« Bridge School benefit concert
Back in SF in time for my birthday! »

One observation on “A night of live jazz”