Lots has been going on in the Delmar-Edmonds household that I thought it was worthy of a blog post!

In late May Kevin graduated from the College of Alameda’s Aviation Mechanics program!  And after two years of evening classes (Monday through Friday, 4:30-10:30) we’re finally able to spend time together on weeknights!

For months leading up to his graduation we weren’t sure where life would take us–would we stay in San Francisco?  Move to the East Bay?  Or even move back to Southern California?  We were open to any opportunity that life would throw at us, and we were lucky to get that opportunity so soon after Kevin’s graduation.  Just a week out of school Kevin’s professor let him know that Rolls Royce approached him and asked for the names of his top 5 students (Kevin being one of them).  The following day Kevin got a phone call and was asked to come in for a job interview that same afternoon.  He showed up and was basically handed the job offer right then and there!  So he put in his one week notice (thanks to the understanding administration at his previous job!) and started working on jet engines the week following our trip down to Long Beach!  He’s been there almost two weeks now and comes home everyday with a smile on his face, so he is exactly where he’s supposed to be.  I couldn’t be more proud of him or happier for him–he worked his rear off in the program and I am so happy that other people recognize how freakin’ smart that guy is.  🙂

Move to the East Bay:

After a few weeks of apartment hunting we finally decided on a place–a two bedroom apartment in Oakland!  We signed the lease yesterday and put our 30 days notice in and we’re getting more and more excited about the move across the bay!  Here’s a link to more-or-less where we are on Google Maps.  And here are some photos of the new place (they’re painting and putting in new carpet/flooring so it’s not completely done, but you get the picture)…

Kevin found a cool website that lets you create a floor plan for free, so here’s what the apartment basically looks like (click on photo to enlarge)! 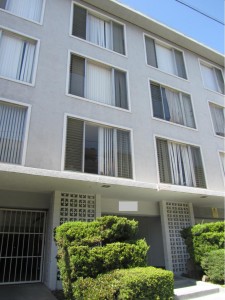 The apartment building–it’s a 36 unit complex and we’re on the first floor in the back, right corner 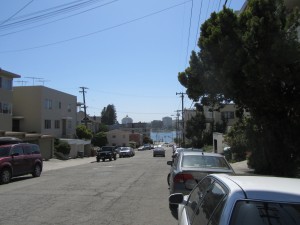 We’re a block and a half from beautiful Lake Merritt! 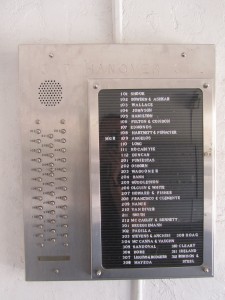 Even before we signed the lease they already had our name on the intercom list!  So cute.

The front lobby with a really neat painting of Lake Merritt 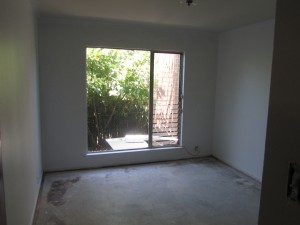 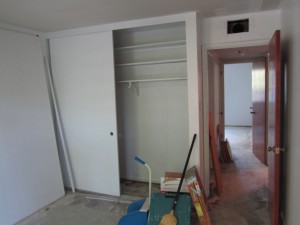 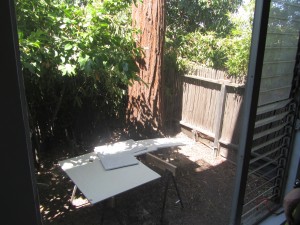 The window view from the bedroom–the yard area is basically private and we’re looking forward to putting in a garden! 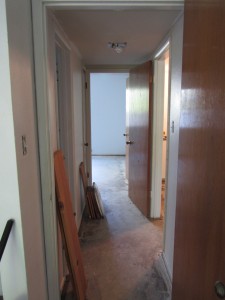 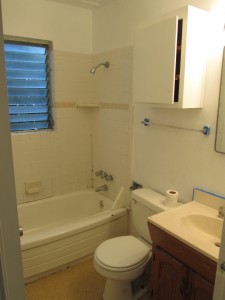 The bathroom–AKA Kevin’s favorite room of the apartment, haha 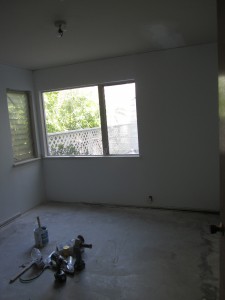 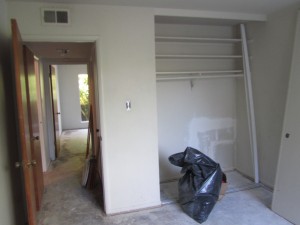 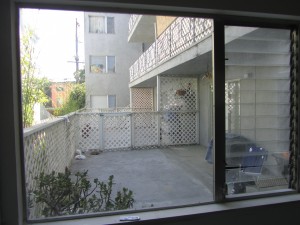 The view out the window from the second bedroom, we see right into the patio of our neighbors 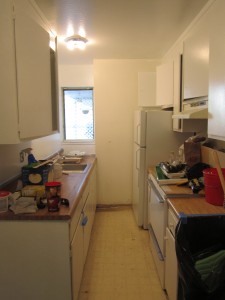 The kitchen–this is the one downside to the apartment and I’m not super happy about how stinkin’ small it is.  Plus it’s an electric stove. Bleh. But we’ll make do! 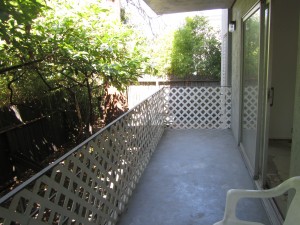 Our semi-private patio (where I’m standing taking the photo is the beginning of our neighbor’s patio, it’s a long shared walkway between all of the apartments)

We should be getting the keys in the next two weeks once it’s all painted and the floors are put in so a new update will be coming shortly!  🙂

The move across the bay means that my commute to work will change a bit, but luckily not too much.  We’re a 20 minute walk from the Lake Merritt BART station so I’ll most likely be making the walk every morning.  Then the BART ride to the Embarcadero station is about 15 minutes and the walk from Embarcadero to my work is another 20 minute walk.  I could take a bus to the BART then a bus from the BART to work but at least on the non-rainy days I think I’ll try my hand at a 40 minute walk to and from work.  Luckily the walk on both sides of the bay are beautiful–the lake is gorgeous and the walk along Embarcadero is pretty as well.

Other than the move, not much else is going on with me.  I’m going to be looking to connect with the Buddhist group that I’ve been pretty highly involved with in SF but I’m looking forward to making new connections.  Last week I got hit with an awful case of the stomach flu or food poisoning (not sure which)–I was out for three days and I had never been so sick in my whole life.  I’m just glad it’s all over!  🙂

Now that Lola isn’t making her daily appearance on Pet Camp’s blog (because Kevin’s not working there anymore and he can’t take her to work like he used to) Lola’s got a new routine–I take her for a 15 minute walk before I leave for work, then she’s at home for 8 hours 🙁 , then Kevin comes home around 3pm and takes her out while they wait around for me to get home.  I’m hoping that once the move is over and we start to notice the bump in pay from Kevin’s new job we’ll be able to hire a dog walker for at least one of the days she’s home alone.  With the new place, though, she’ll have a lot more room to roam around so I think she’ll be a happy camper even being stuck at home.