Kevin and I, along with another Redlands alum Danielle, made the trip down to Palo Alto yesterday afternoon to see our friend Beka’s film screening!  She’s in her final year (more like final days) of the MFA program in documentary film and we had been anticipating seeing her film “Sick as a Dog” for months!  This was the same film that Lola helped out with (see blog post “Lola the movie star” here). 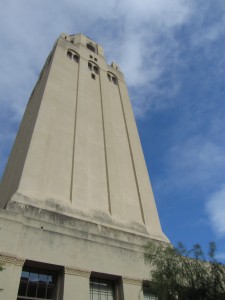 Stanford is such a gorgeous campus. We definitely need to make a visit here again soon.

The screening was at Annenberg Auditorium

When we arrived, just minutes before the event started, the theater was PACKED!  Danielle scores us three seats right in the middle of the theater and it turns out that who else was sitting right in front of us other than Beka herself!  It was meant to be.

The films were incredible.  Danielle and I had attended Beka’s event last year when the students were all finishing their first year and it’s amazing to see how much they’ve grown in terms of their abilities and the film topics (therapy with horses, experiences of Korean-American deaf students in the Bay Area, a film about a Navajo punk rock band, and one about a Silicon Valley robot nerd who fell in love with a Nepalese woman over Skype and met her in Nepal a day before the wedding [all caught on film]). 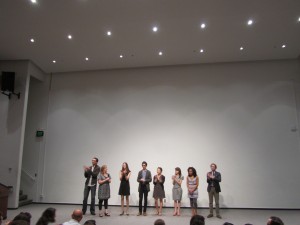 Beka (with the mic)

They had a little reception outside afterwards where we were able to spend a few minutes with Beka and her family. 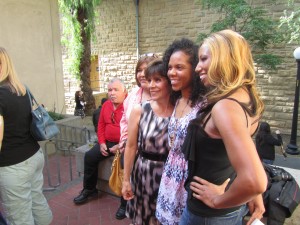 Beka and her mom, aunt and sister

Danielle, Beka, me and Kevin 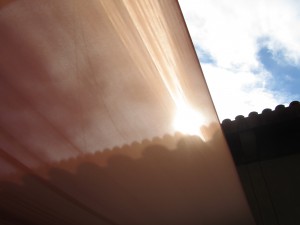 Beka graduated today and we couldn’t be more proud of her!!!