We were back in town for Christmas Eve–Kevin had to work but I was lucky to be able to spend part of the afternoon with the Julian family who were in town for the holidays visiting their son Brandon (he lives in San Bruno). The Julians are really close friends of my family’s who we spent Thanksgiving with in 2009 (see post at this link). Me and Lola met up with the gang in Golden Gate Park at Stow Lake, one of my favorite parts of the park. We walked all around the lake and up Strawberry Hill for a good hour or so–it was such a nice, crisp day, perfect for a walk in the park! 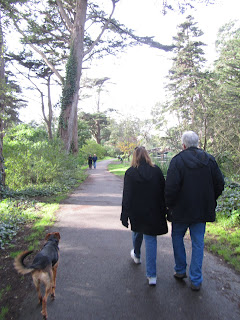 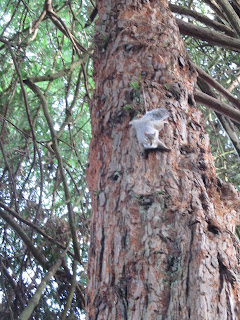 Just as I was taking a photo of this squirrel, Lola decides to… 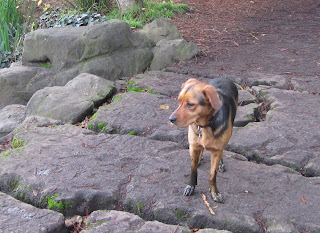 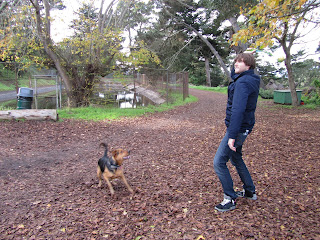 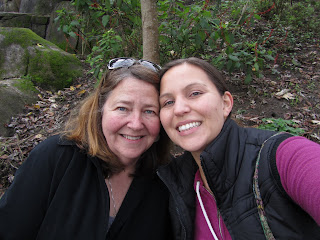 Me and my second mom Diane

After saying farewell (we were going to spend Christmas Day with them) we ran back home to pick up Kevin and made our way to Carleigh & Scott’s place for Christmas Eve dinner. 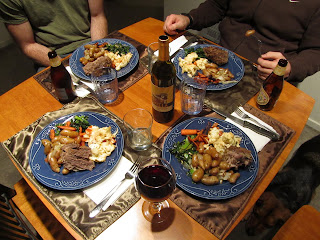 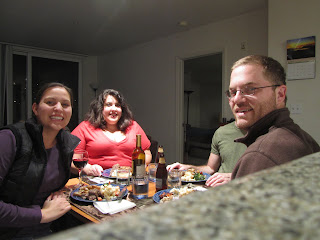 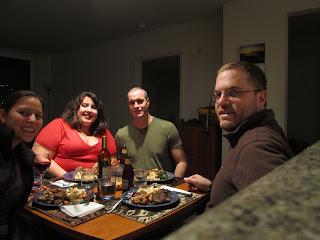 Not-so-failed photo attempt, but not a great photo overall. Oh well! We were hungry and didn’t have any more patience to try it a third time. 😉 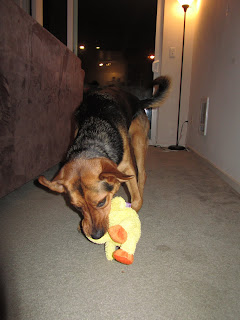 Bailey got Lola a squeaky duck for Christmas! Surprisingly, she’s still got the duck but it looks nothing like it did on day one (photos soon). 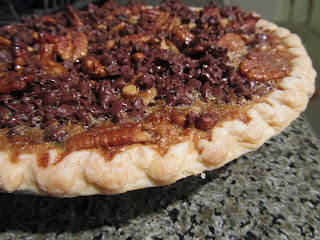 Carleigh & Scott bought us a new game for Christmas as well called Bezzerwizzer (a trivia game) and we had a good time playing although trying to remember the name of the damn game was difficult because you were supposed to call it out occasionally and none of us could ever remember what the name of the game was, haha. 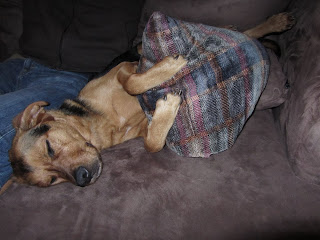 Pretty much sums up the whole evening!

Christmas day we were able to sleep in and enjoyed a yummy pancake breakfast, just the two of us. Jessie joined us mid-morning and we video-chatted with the Edmonds family to do our annual sibling gift exchange (thanks Rob for the AWESOME vase and New Orleans messenger bag!!) Jessie and I went in on a gray pea coat for Kevin which he absolutely loves and I got myself a little surprise (that I’m sure most of you already know about) that I’ll write a whole post about soon. Chatting with the family was fun–having just been in Long Beach with family it wasn’t as difficult spending Christmas day away from everyone.
That afternoon we met up with the Julians again at an apartment in the Castro where Brandon was house sitting for dinner, drinks and games (Catch Phrase). Lots of food and lots of wine was consumed (no photographic proof but you’ll just have to take my word for it). 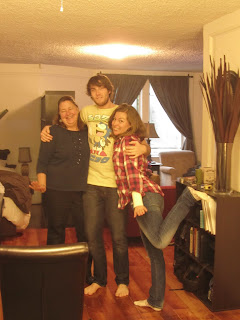 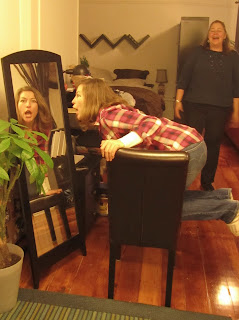 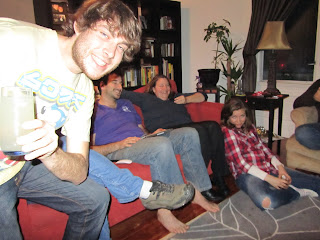 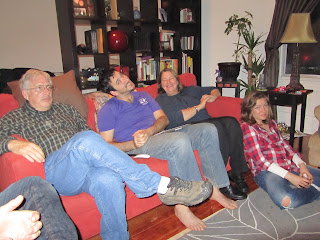 “Act natural”–Dave, I guess, was the only one who follows directions 😉

We ended the evening being treated to a movie by Dave and Diane–True Grit! Most of us LOVED it (Jess wasn’t too much of a fan) and it was a great way to end the Christmas season! 🙂