Our really great friends Brian and Brianne came up to visit us Oct. 3rd-Oct. 5th and we had a blast! We gave them the whirlwind tour of the city and I think we did every touristy thing you could think of except for riding the cable car and the tour of Alcatraz. So here’s some photos of their visit! 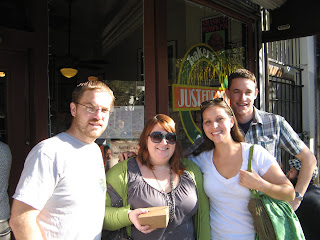 After picking them up from SFO airport early on Saturday morning, we headed straight for breakfast. We ate at Just for You Cafe in the Dogpatch neighborhood and it definitely earned a thumbs-up from us (especially for their Beignets, a delicious New Orleans inspired fluffy donut covered in powdered sugar…mmm…)
After hanging out at our apartment for a bit and getting them acquainted with Lola, we hit the streets by bus for a true SF experience. We took the 44 bus for about 30 minutes all the way to Golden Gate Park and strolled through the park a bit. Then we jumped back on a bus that took us to the Golden Gate bridge. 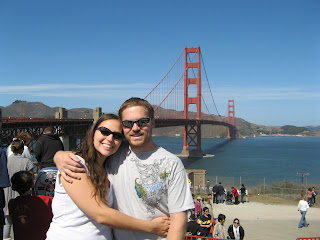 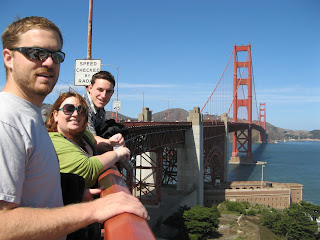 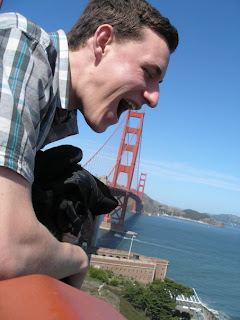 Brian was pretty hungry that day!

After that we took the bus to the Fillmore Street Festival which we were pretty excited about but ended up being a bust. 🙁 The festival was only a block long and you had to pay for tickets to do wine tasting which didn’t sound extremely exciting to us at the time. So we hopped on another bus and went down to Union Square. 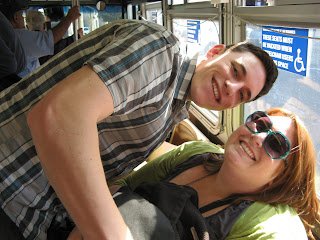 They were a little too excited about the bus trip, haha 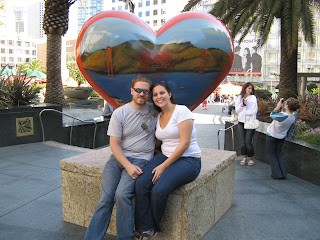 Me and Kevin in Union SquareThat weekend ended up being pretty popular in terms of visitors because my friends from Redlands, Sneha and Beka, ended up coming to visit that day as well! Sneha was in town for her mom’s birthday (she’s from San Jose and now lives in NYC) and Beka is now going to school at Stanford so is in the neighborhood. We met Sneha and Beka at the Cheesecake Factory at the top of the Macy’s building in Union Square and had a great lunch/dinner together. 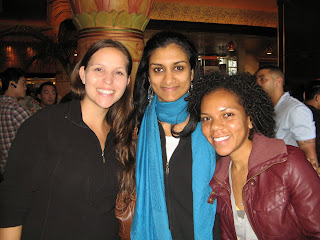 Me, Sneha and Beka at the Cheesecake Factory!

After saying bye to Sne and Beka, we hopped on another bus to head back home. We had a pretty quiet night because of all of our walking that day and we knew we’d have another busybusy day in store for us on Sunday!

Sunday morning we piled into the car (enough buses for the weekend!) and went to Fisherman’s Wharf. Our landlord has a friend who works at a parking lot near Pier 39 so was able to get us in for free! 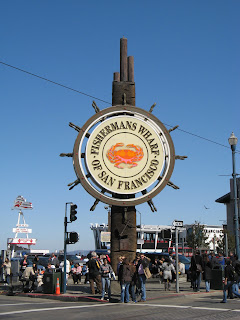 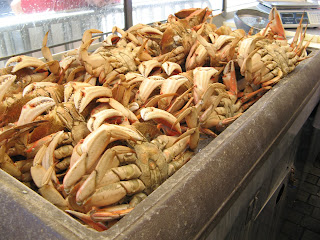 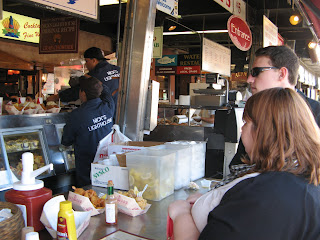 Brian and Brianne ordering up their lunch 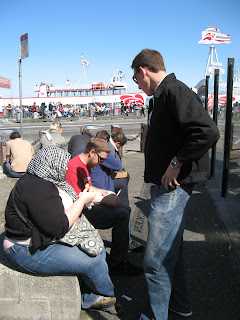 After lunch we stumbled upon the Musee Mecanique antique coin-operated arcade at Pier 39. From the outside, it didn’t look like much but it ended up being really entertaining! 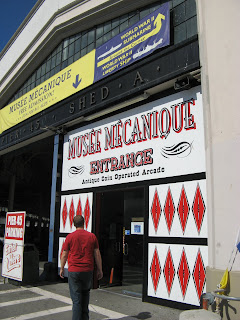 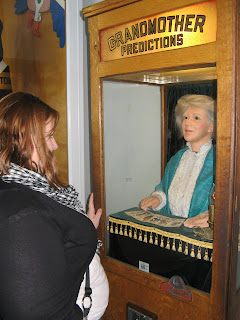 Brianne getting her fortune told by granny 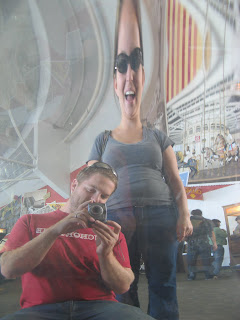 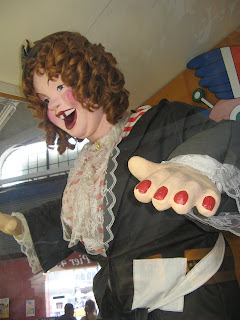 One of the many creepy figures they had there 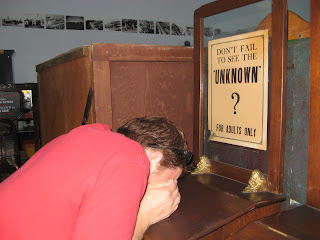 You’ll just have to ask Kevin personally what he saw (or go there and pay a quarter to see for yourself!)

They had some of the funniest little arcade machines and we spent a ton in quarters watching them do their thing. Here’s one, the Thimble Theater, that I couldn’t resist putting my quarter in (watch the video):

And Kevin decided to go up against one of the funniest ones there (it’s a video too, so give it a look!):

The last thing we did at the arcade was take a group photo in the old photo booth they had there:

After spending a roll of quarters (not really) at the arcade, we headed out to Ghirardelli Square. 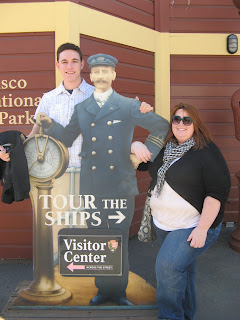 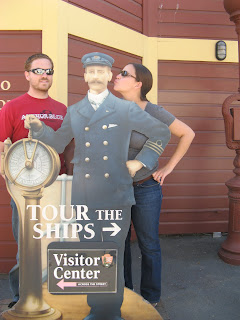 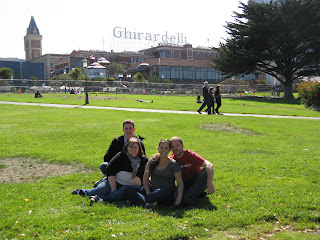 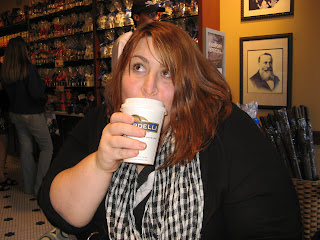 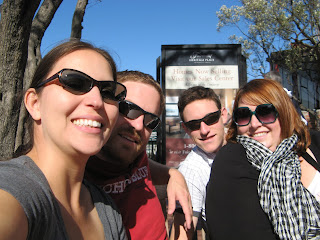 We were pretty exhausted by then, so we headed back home and relaxed for a bit. Then we decided to go to dinner at Goood Frikin Chicken (one of our favorite spots in SF so far!) and Brianne and Brian were definitely impressed! 🙂 Then we went to meet up with one of my co-workers for a weekly trivia night that she and her friends attend at Noe’s Bar. We celebrated into the late hours of the night as it approached Brianne’s birthday, so we had a few drinks to commemorate her entrance into her 25th year! 🙂

On Monday I took the day off and we did some more sight-seeing. Our first stop was Haight Ashbury and though it was pretty quiet on a Monday mid-morning, there were still some sights to be had! 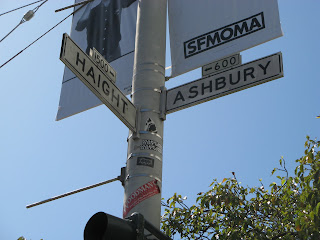 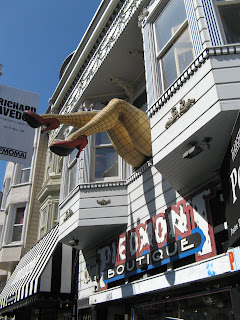 We were so happy that B&B came up to visit us and we can’t wait until they visit again! 🙂 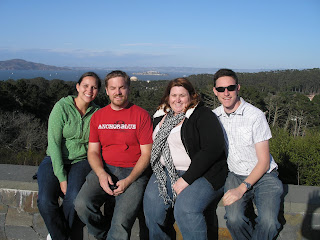