"Sex & the City" at the Kabuki Theater

Jessie’s boss purchased tickets for the Sunday 6/6 showing of “Sex & the City 2” at the famous Kabuki theater but ended up having to work so instead of letting the tickets go to waste she gave ’em to Jess to take out a couple of friends! Me and Carleigh were the lucky ones that got to join her 🙂

Me and Jess had lunch that afternoon at Ti Couz (where we went for dessert for my birthday…YUM!) 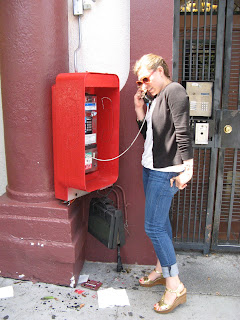 An impromptu photo shoot outside the restaurant

The Kabuki Theater is owned by Sundance Cinemas and is located in Japantown (as you probably could’ve guessed). It’s a really great theater that shows independent films and happened to be showing SATC2. The tickets we had were for the third floor which is 21 and over and has a bar and you can eat/drink inside the theater (pretty cool!) I had only seen maybe a couple of episodes of the tv show and had never seen the first movie but I had been told that I didn’t really need to see it to be able to understand the film…and luckily it was true. Overall I thought the film was really goofy and I’m not sure I care to see the first one, ha! I realized that this was the first movie I had seen in a theater in over a year (at least since living in SF), crazy huh? 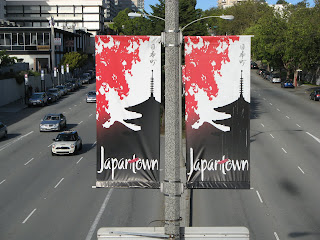 We got some dinner and snacks at Nijiya, a great little Japanese supermarket (reminded me of home! My mom has taken us to Japanese markets since we were kids) 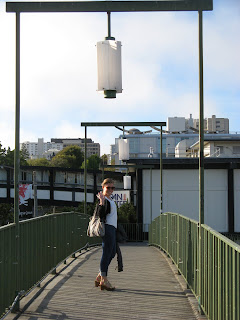 Jessie on the overpass leading to Japantown 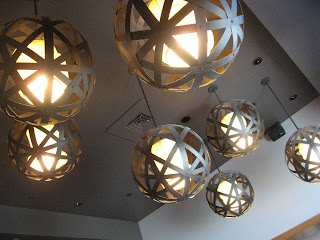 Inside the theater (I’m a sucker for cool lighting apparently!)

View more posts from this author
« Road trip down south
Tis the season for BBQ’s! »