On Friday 6/11 Kevin and I had the rare opportunity to spend an entire 24 hours together uninterrupted by work or school! 🙂 Kevin not only had the day off from work and wasn’t in school at the time but it was a furlough day for me so we decided to take advantage of the day and take a road trip (just like old times!)

Instead of going north to Marin County like we always seemed to do in the past, this time we set our sights further south: to Big Basin Redwoods State Park, Pescadero and Half Moon Bay. 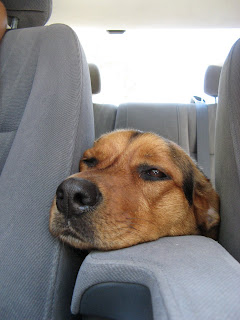 Lola has grown by leaps and bounds in terms of her comfort level in the car–no more car sickness and scaredy-dog! She’s up and about sniffing out the window like a normal dog now and she’s now discovered how much she loves being right between us on the armrest 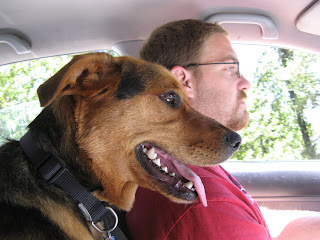 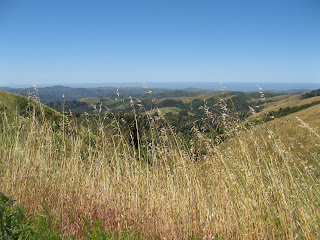 Beautiful view off the 9 Highway towards Big Basin 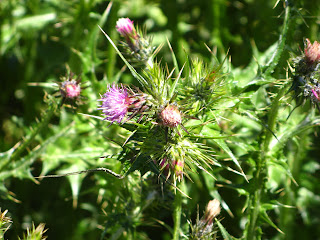 The state park was gorgeous–we loved all of the fresh smells and how quiet it was driving through there. We were a little frustrated, however, by the park once we got there though. On their website it said that dogs were allowed on some trails (some trails) but didn’t distinguish which ones. When we got to the park’s HQ we were surprised to find out that dogs are only allowed on one trail and it’s a paved road! 🙁 Then we found out that parking was $10 and the trail map was $5 (neither of whose prices were on the website, of course) so since we could only go on one sad little trail with Lola we decided to skip the fees and just drive through and enjoy the sights. We’ll be back though (without Lola in tow of course) because it was so beautiful! 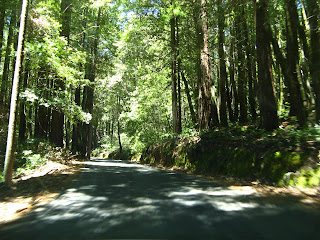 After driving through all of funny small towns (Bonny Doon anyone?) we ended up on Highway 1 and drove up the coast towards home. We stopped off at a small beach to do some exploring. 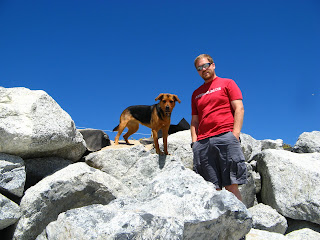 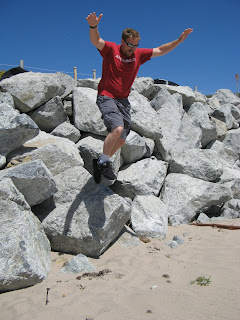 A little video of our rock-climbin’ pup 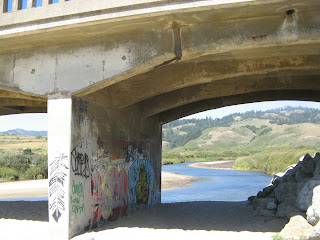 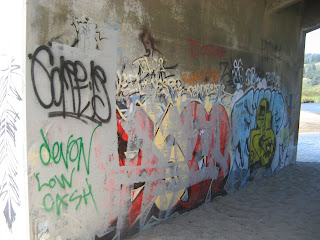 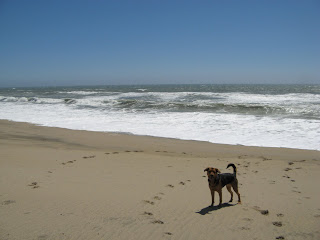 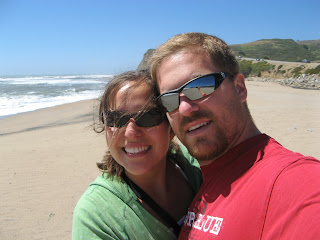 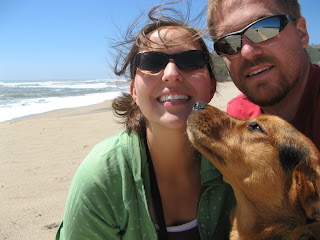 One of the stops off PCH that we knew we wanted to make was to Pescadero that my mom and her boyfriend Steve had visited on their last trip up to SF. 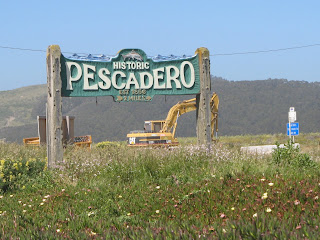 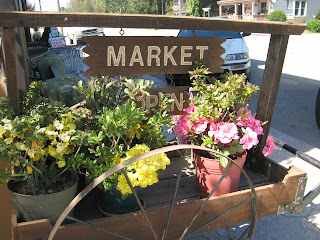 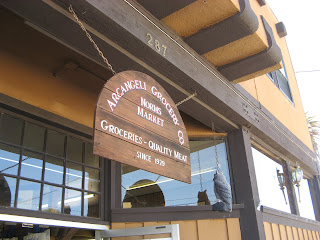 Arcanegli Grocery is a really cute little supermarket that has some of the most amazing breads and spreads. 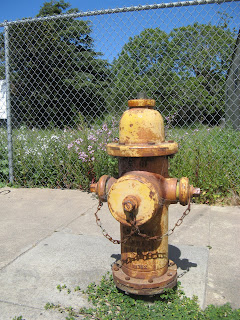 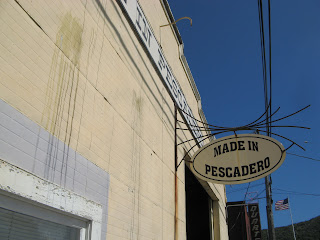 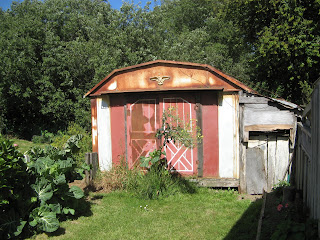 …and of this person’s garage that I was really into, haha.

Our last stop before home was Half Moon Bay which we actually weren’t super impressed with! Maybe it was because we were tired and starving and the restaurant we ate at (Spanishtown Mexican Restaurant) was less-than-stellar (great service but bland food!) I guess we’ll have to give it another shot in the future. 🙂

It was so nice spending some daylight hours with Kevin! Can’t wait for another day like this to come along (hopefully it won’t be too long!)