My good friend Beka who I met when going to Redlands is in her second (and final) year of the MFA program at Stanford University–her final project is a 15 minute documentary called “Sick as a Dog”.  You can see the preview of the film at this link (and support her cause by donating as little as a dollar too!)

She had completed most of the filming but wanted to get a  shot from a dog’s-eye-view so asked if she could borrow Lola.  She and Kevin strapped a camera to her itty-bitty head and off to the dog park we went! 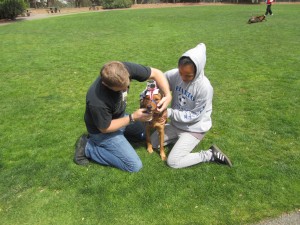 I think this could be considered animal abuse, don’t you think? 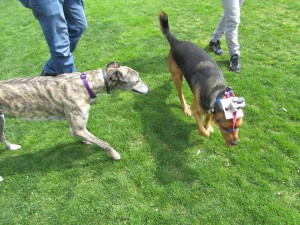 She was totally embarrassed around the other dogs! Hahah. 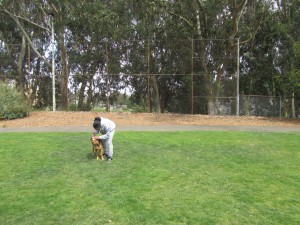 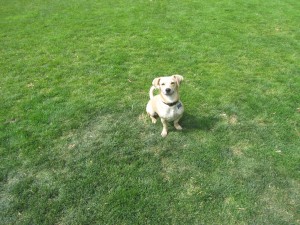 This is Pablo. So stinkin’ adorable!  I asked Kevin if we could take him home and, unfortunately, Kevin said no. 🙁

After about 30 minutes of trying to get Lola to run around while keeping the camera balanced on her head, we took it off and let Lola go free.  Then Beka got the brilliant idea to strap it on her head to see if she could get a good shot, haha! 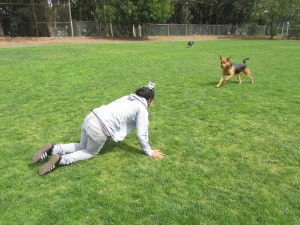 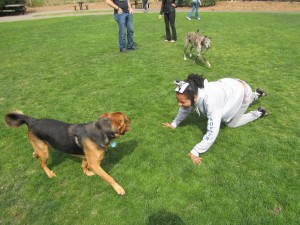 Beka’s film (along with all of the other student’s films) will be shown at Stanford on June 11th and Kevin and I are going.  Hopefully Lola will get her 2 seconds of fame!  🙂  Here’s the info. about the film screening if any of you local folks are interested in going.  I went last year and was blown away by the films and we’re really looking forward to going!