To celebrate Kevin’s first Friday off of school (!) last week we decided to spend some time at Fort Mason to do some exploring (since Kevin had never been) but most importantly to eat our way through food truck heaven!  There’s an organization called Off the Grid that hosts food truck markets every week in the city.

We got to Fort Mason a little early so spent some time walking around and exploring.  Our first stop was the SFMOMA Artist’s Gallery.  There wasn’t too much to see but I was in love with this artist’s work (not necessarily with the subject [although I love me a good sugary treat] but with her style): 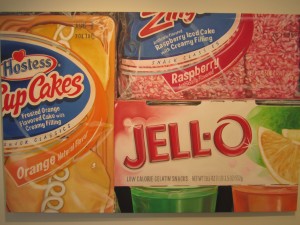 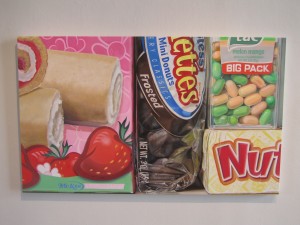 Then we stumbled into the Long Now Foundation‘s space which was a total trip.  Their purpose (in a nutshell) is to “creatively foster long-term thinking and responsibility in the framework of the next 10,000 years”.  Now if that in itself doesn’t blow your mind, then surely some of their projects will… 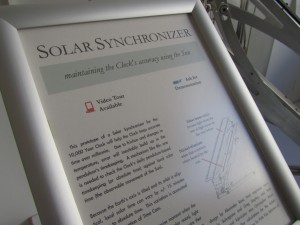 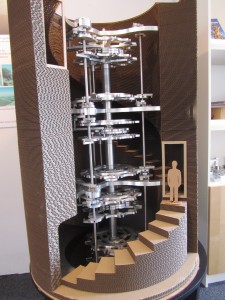 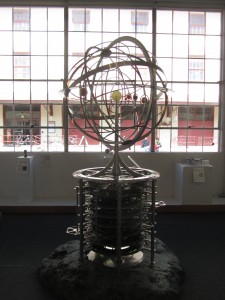 My favorite quote: “I think of the oak beams in the ceilings of College Hall in New College, Oxford.  Last century when the beams needed replacing, the carpenters used oak trees that had been planted in 1386 when the dining hall was first built.  The 14th-century builder had planted the trees in anticipation of the time, hundreds of years in the future, when the beams would need replacing.” -Danny Hillis 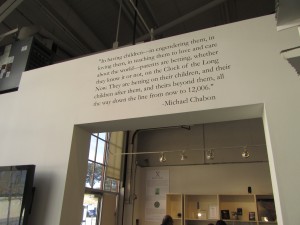 “In having children–in engendering them, in loving them, in teaching them to love and care about the world–parents are betting, whether they know it or not, on the Clock of the Long Now.  They are betting on their children, and their children after them, and theirs beyond them, all the way down the line from now to 12,0006.” -Michael Chabon 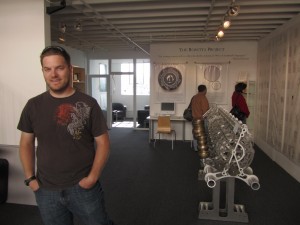 I kind of felt like my brain was melting in that place.

Then we did some more walking around, anxiously waiting for the food truck extravaganza to start! 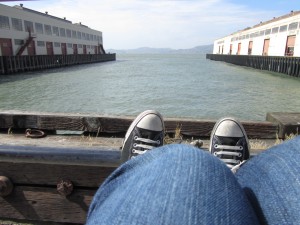 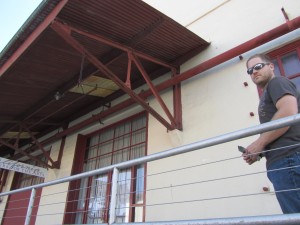 The time had finally arrived! 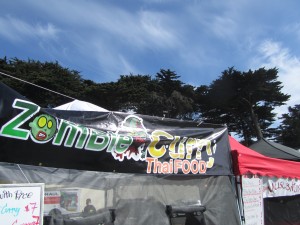 Kimchee quesadilla! Gotta try that one next time too!

But I did help myself to a tiny cup of kimchee even though we didn’t buy anything from their cart. It was so tasty. 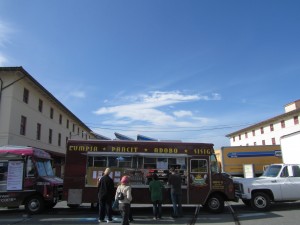 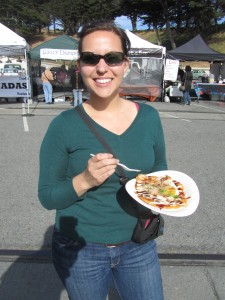 Me and my okonomiyaki with an egg on top (soooo good!)

Musubi Kings! I LOVE musubi but unfortunately they didn’t have a vegetarian option… 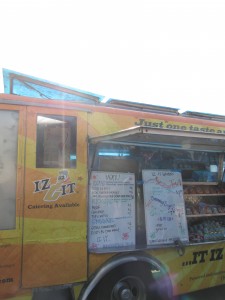 But the Hawaiian truck IZ IT had a vegetarian option: musubi with tofu katsu 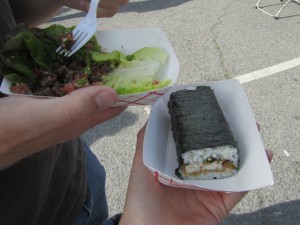 My tofu katsu musubi and Kevin with his Hawaiian beef taco 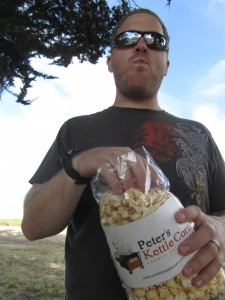 Kevin enjoying a handful (or two) of the kettle corn.  It was windy that day so we were trying to throw the popcorn in the air and catch it (because everyone does that when eating popcorn, right??) –but because of the crazy winds we had to throw it to the side so that the popcorn could blow towards our mouths.  We were doing that on the side of the road for a few minutes not realizing that the traffic stopped at the red light was watching us…when the light turned green someone in a car yelled out “Good job! Do it again!” Hahaha!

Bird’s eye view of the event

We had SO much fun and we will definitely be making a habit out of going to these events more often.