Early in the morning on t he first day of the new year we jumped in our packed car and made the drive back up to SF. Kevin’s brother Thomas and our nephew Joshua followed us in Thomas’ car to spend the weekend in the city with us! The trip hadn’t been planned more than a few days so it was a great way to end our trip. 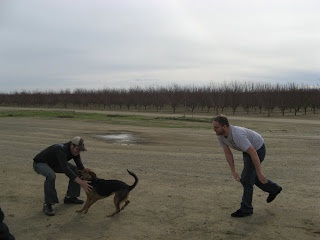 After hanging out at our apartment for a bit we decided to head out to Fisherman’s Wharf (my favorite spot in the city…yeah, not really! haha) for some exploring. 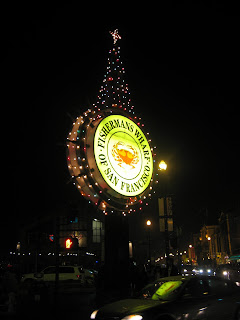 I have to admit, it was nice seeing Fisherman’s Wharf at night 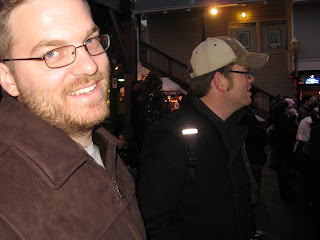 We were entertained for about 3 minutes by “Captain Jack Spareribs Pirate Show” (as you can see, we had to practically tear Thomas away from the show, haha) 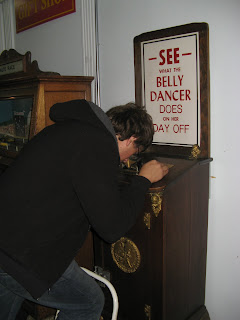 We made another visit to the Musee Mecanique (antique penny arcade) and Josh made a little discovery (this photo was aunt/uncle inspired! 😉 )

For dinner we wanted to go to Goood Frikin Chicken or Balompie but unfortunately both were closed because it was New Year’s Day. So we ended up going to a Mexican/Salvadorean restaurant called El Patio in the Mission which had great food but horrible service unfortunately. Guess we should’ve read the reviews first, about half of them had the same complaint as us (click link above)! At least it was good food!

On Sat. 1/2 we headed out for more sight-seeing. We made our first stop at Buena Vista Park in the Haight which Kevin and I had passed many times and always said we’d visit so that day was good as any! 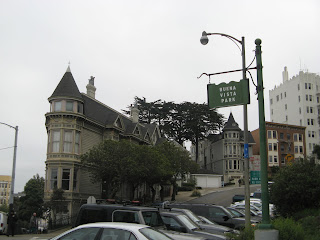 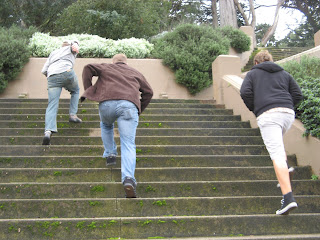 The boys race to the top of the staircase 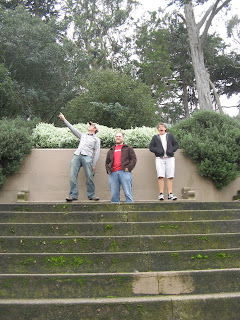 And of course the most fun the three of them had was in the kiddie playground! 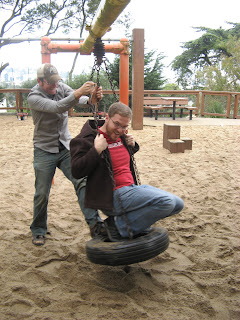 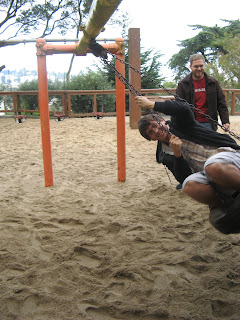 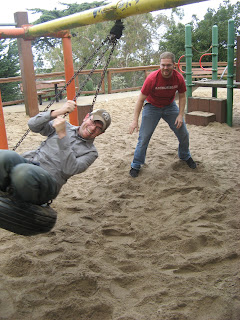 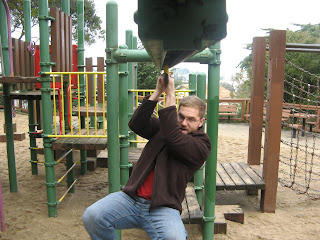 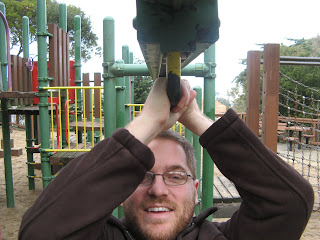 After driving through some neighborhoods and popular spots we decided to get out of the city for a change so across the Golden Gate Bridge we went! We spent the afternoon in Sausalito, a really cute town just across the Bay. 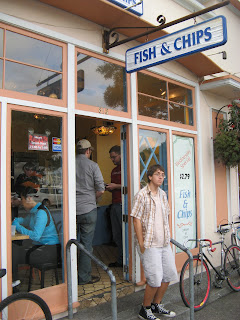 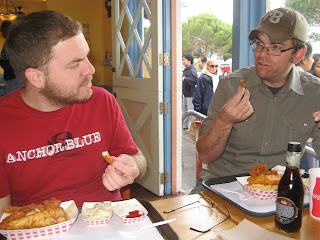 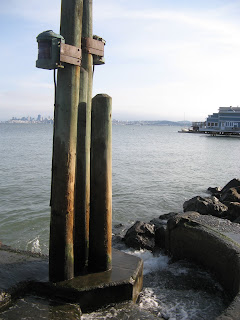 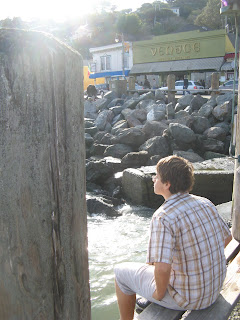 Josh contemplating the meaning of life (or something along those lines, I’m sure…) 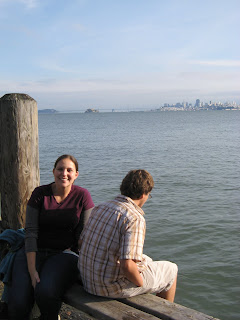 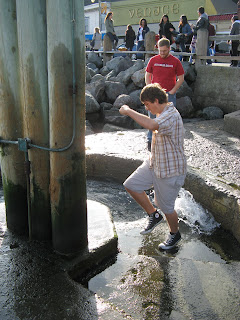 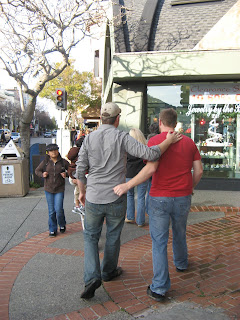 After Sausalito, Kevin and Thomas wanted to drive to Point Reyes Lighthouse but met some resistance with me because it was such a long drive and we had already driven 8 hours the day before! So we settled for a visit to Fairfax, a cute little town in Marin County. We spent some time on the major strip on Broadway checking out the cute shops and sipping on some coffee/hot chocolate/tea/coke (whatever our choice drink was 😉 ).

Thomas and Josh left first thing Sunday morning to make the trip back to Long Beach. Their visit was such a great way to start the new year!

One observation on “Thomas and Joshua’s visit”