Your first month in Long Beach  has been a whirlwind and you have enjoyed just about every part of the ride!  It’s amazing how much you have grown and developed in this past month and I think a lot has to do with the fact that you are socializing with so many more people and kiddos than you were when we were living in Oakland.  You are becoming a little social butterfly and it is so much more amazing to see you learn from and enjoy the company of the many people who love and adore you.

Like last month there are so many things you are learning to do each day!  Here’s the latest: 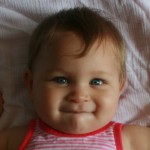 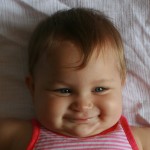 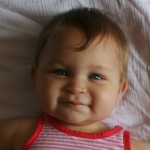 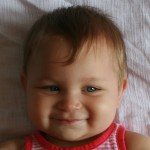 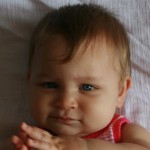 This month is a little bittersweet for our little family: it’s super sweet because we’re moving back to Long Beach to be closer to family (woohoo!) but it’s bitter because we’ll be leaving your Auntie Jessie who we are so so close with and we’ll be leaving the beautiful, amazing Bay Area where you were born and where Daddy and I have created a great life.  We know that the move is going to be great for all of us but leading up to the move it’s been rough with our emotions all over the place and just figuring out the logistics of moving a family of four across the state of California!

We are so looking forward to starting our new life in Long Beach, your mama and daddy’s old stomping grounds.  I know for one you’re going to enjoy the warmer weather! 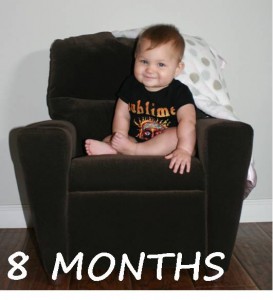 She’s sporting a Sublime onesie to commemorate her move to Long Beach! 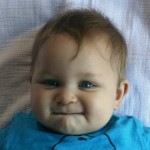 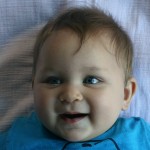 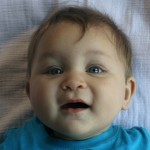 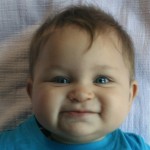 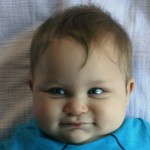 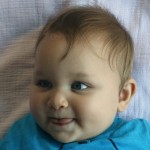