Day trip to the Marin Headlands

I had President’s Day off so Kevin and I decided to get out of the city, take advantage of the sunshine and take a day trip to the Marin Headlands. After checking out some of the views over the cliffs, we got hungry and had a nice little picnic in the car. 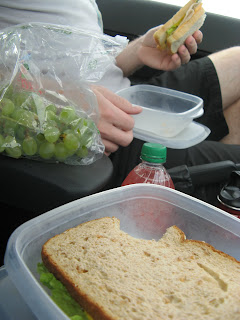 Then we headed over to Battery Wallace (a battery is a place in which a group of guns/missile launchers are operated together in one place, there were quite a few out that way). 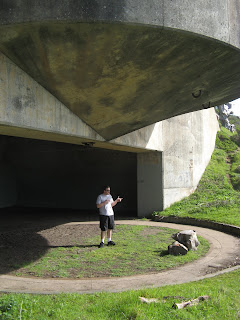 Kevin put the biggest smile on my face when he willingly took this photo that I begged him to pose for: him pretending to shoot a machine gun in the middle of the battery 🙂 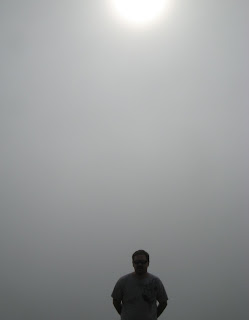 The fog kept rolling in and out, and at this point it was pretty foggy so I thought it’d be cool to take a photo like this (if you click it you can enlarge the photo to see it more clearly). 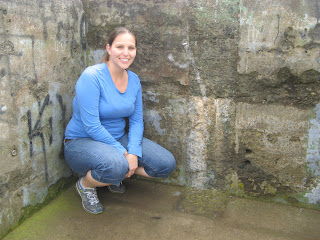 I was trying to get all artistic and have Kevin take this photo of me in a small corner filled with graffiti. 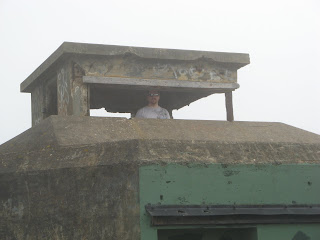 Kevin peeking out of some lookout, pretending he was spying on the enemy I’m sure 😉 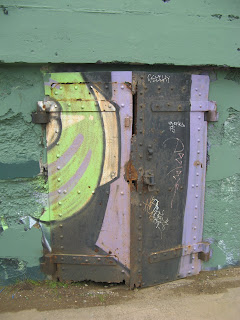 There were a ton of huge metal doors that had been sealed shut but I thought this one looked pretty cool.

After checking out the old abandoned military bases, we went to make a visit to the Marine Mammal Center which is free and open to the public every day of the year except for a few major holidays. We got lucky because President’s Day wasn’t seen as major enough for them to be closed! 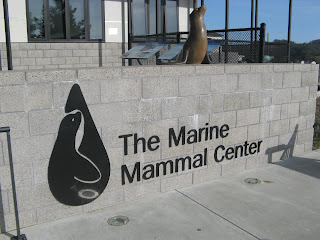 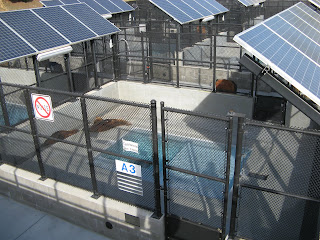 The time we went to visit most of the sea lions were enjoying their naps in the sun. 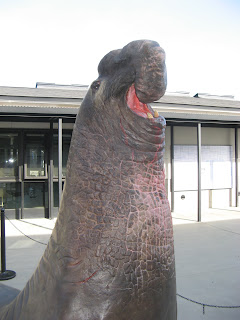 “Big Daddy” wanted to say hello to our blog followers! 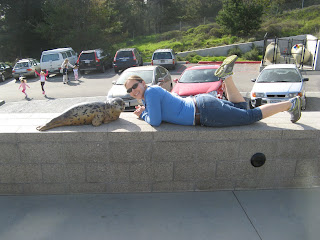 I couldn’t resist! What a cute little pup. 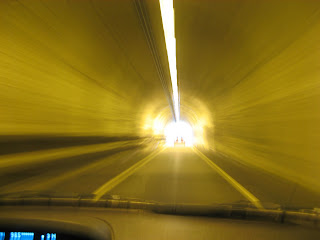 In the tunnel as we exited the Marin Headlands

It was really great getting away for the day, just the two of us. It was a great place to explore and we’ll definitely be back again (possibly to camp overnight…who’s coming with us? 🙂 )

View more posts from this author
« Even dogs need a pillow!
Beatles Brunch and Alison/Seth’s visit! »

One observation on “Day trip to the Marin Headlands”