Lola got her share of outdoor adventures in early April with visits to McLaren Park and Ocean Beach within days of each other.

Sometimes we forget that in our funky little neighborhood is a gem such as McLaren Park.  On April 4 we took Lola for a 10 minute walk and ended up in a beautiful open space to play catch and work her out. 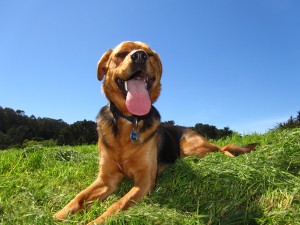 Me looking over Lola’s shoulder

I love this girl (can’t you tell?) 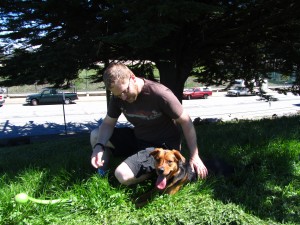 And so does Kevin 🙂

On April 9 we were craving donuts like nobody’s business so made a trip to Donut World in the Inner Sunset to satisfy that craving.  I hadn’t had donuts since we moved here almost two years ago and boy was that first bite of the chocolate old-fashioned donut (a favorite for both of us!) like pure heaven.

We then made a drive out to Ocean Beach in the Outer Richmond for some beach time.  It was super windy that day but the skies were clear and the beach was pretty empty so we enjoyed a nice walk along the beach. 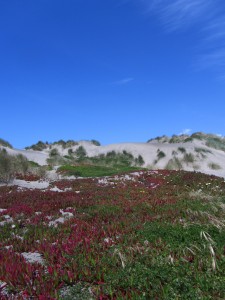 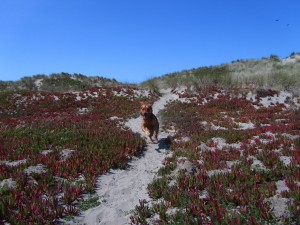 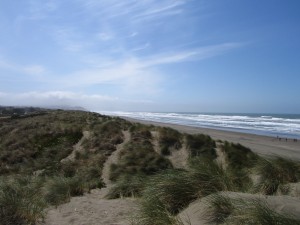 Such a beautiful beach (if it wasn’t always so chilly!) 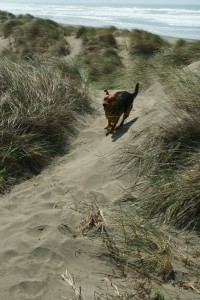 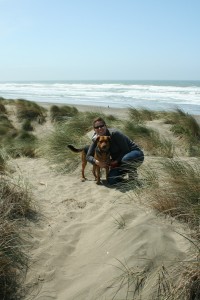 Me and Lola (and my hair, yet again, looks terrible. Thanks Kevin for having my back!)

The funniest thing was that Kevin taught Lola to be obsessed with birds on this walk.  We wanted to get a photo of her running through the birds but she’s never been much of a bird lover so weren’t sure we could do it.  Kevin kept encouraging her “Go get the birdies, go get the birdies!” and after a few attempts she got the hang of it and quickly became obsessed with chasing them.  At one point she even ran through so many groups of birds so far down the beach that we couldn’t even call her anymore, we had to chase her down the beach! 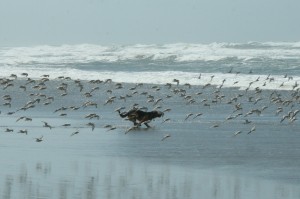 We didn’t quite get the shot we wanted but I guess that just means we’ve gotta try it a few more times (and I’m sure Lola won’t argue with that!)