On Wednesday June 23 we lost an amazing woman who I was lucky enough to call my gramma-in-law, Margie.

She leaves quite the legacy: Born in 1918, she was educated at the University of West Virginia, served during WWII at the Pentagon and was a career secretary serving the education system. She leaves behind two children, four grandchildren (and a granddaughter-in-law!), and three great grandchildren.

I met Margie around 2001 when my husband and I started dating. The most amazing thing, though, was that she and my own grandma were friends before Kevin and I got together! They happened to live in the same rest home facility and would play bridge together! Margie was the resident journalist and actually interviewed my grandma for one of their monthly newsletters before I had even met her.

She was so incredibly welcoming to me and I will never forget that about her. I also will never forget all of the visits me and Kevin made to her apartment where we’d sit around and look through her old photo albums (which she put together and wrote captions for beautifully) and I’d write down notes as she told stories about the photos. Kevin’s been working on saving all of the hundreds of photos digitally and transferring the originals to an archival photo album for posterity. Now that she’s passed, we’re going to make a huge effort to get them done before the funeral.

She and her husband Neal made a home up here in Northern California so he is buried in Half Moon Bay and she’ll be buried right alongside him. Today Kevin and I decided to spend this extremely rare Saturday that Kevin didn’t have to work visiting the cemetery and paying our respects. 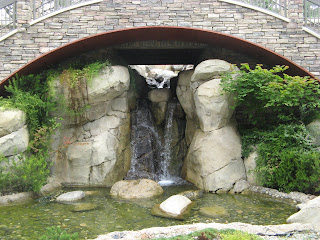 The grounds are absolutely beautiful, including this huge waterfall 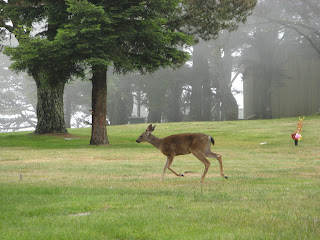 And as we were driving along we happened to see a deer running through the grounds! 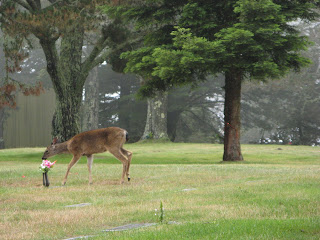 Kevin’s grandpa Neal and his great-grandparents (Margie’s parents Gladys and Dale) are all buried in the Veteran’s yard. 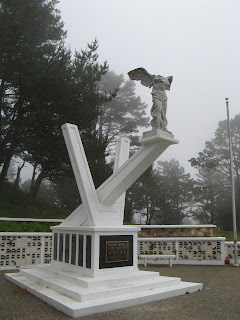 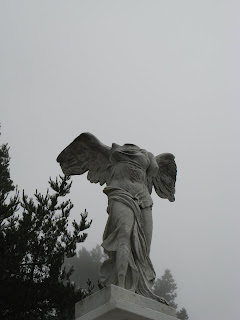 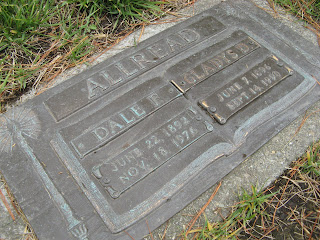 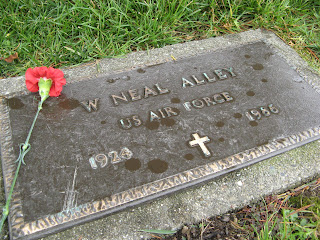 A carnation (his favorite flower) for Kevin’s grandpa Neal 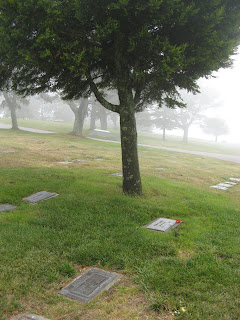 The two headstones beneath a lone tree

The family will be heading up here in the next few weeks to lay Margie to rest. It is a beautiful cemetery that we will definitely be making trips down to more often to always keep Margie and her family in our thoughts because she was such a big part of Kevin’s life and had quickly become a big part of mine as well.

Margie–you are loved dearly and will be sorely missed. 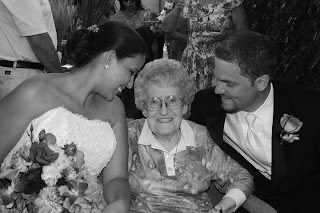 One observation on “In loving memory: Margie”