You’re nine months old. We’re only three months away from your first birthday. How is this even possible? It’s both crazy how fast these past nine months have flown by but also hard to believe that we’ve only known you for nine months because it feels like you’ve been a part of this family forever and a day. Was there ever life before Lucia? 🙂

Here are some of the exciting things you’re learning and doing lately:

I often think about how so very lucky I am to have you and I hope you always know that. 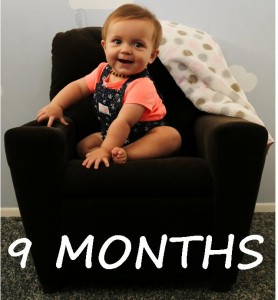