The first weekend of August we were visited by our favorite couple ever, Brianne & Brian! They stayed with us Thursday through Sunday so it was a great chunk of time to spend with those kiddos. 🙂

The first day I had to work so Kevin and B & B went to the Exploratorium to act like kids for a day. That night after work we met up with Carleigh in Union Square and had drinks and dinner at an Irish pub (can’t remember the name of it). We then treated ourselves to some Mitchell’s Ice Cream since they hadn’t tried it yet. We’ve got ourselves a couple new fans! 🙂 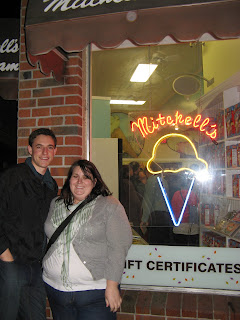 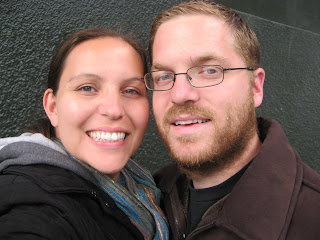 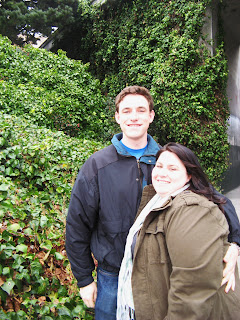 Our first stop in Chinatown: House of Nanking! We had heard rave reviews about it and were not disappointed. Soooo tasty! Just don’t be fooled by the name of their scallop dish “Tower of Scallops”…it was only three freakin’ scallops! Other than that, we were super impressed (just not with the service, but what can you expect?) 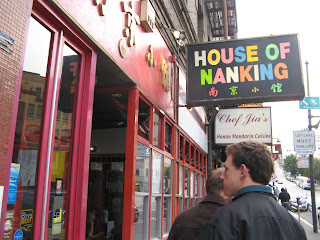 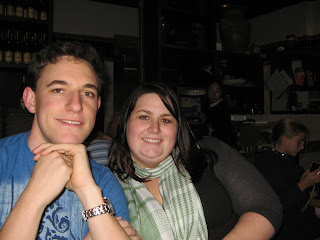 We then walked a mile or two to North Beach and hung out at our regular spot Mara’s Italian Pastries. 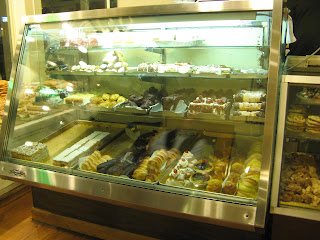 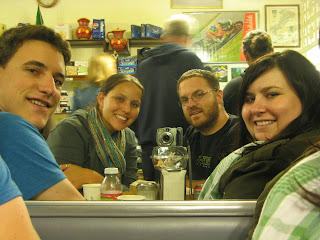 Our lovely posed photo (check out the tripod our camera is on, haha!) 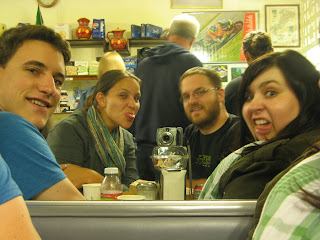 Here’s our goofy shot…guess Kevin and Brian didn’t get the memo! 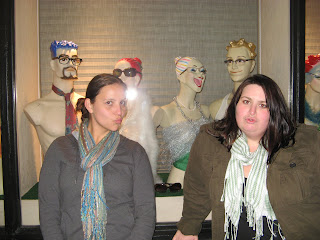 Being goofs in front of some window display in Union Square 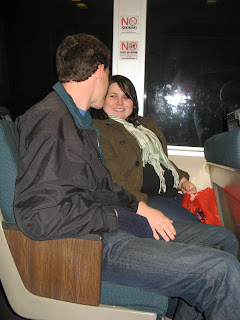 On Saturday we went to visit Kevin on his lunch break since he had to work 🙁 We went to eat at La Boulange Bakery. 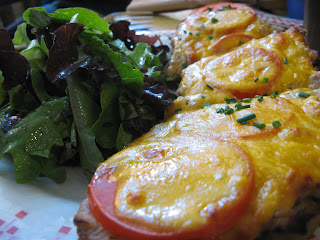 Then B & B and I were off to explore the Sutro Baths. 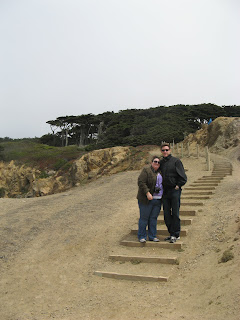 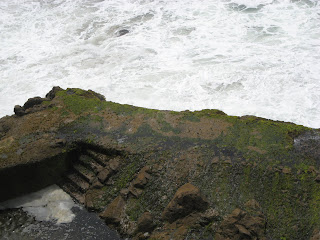 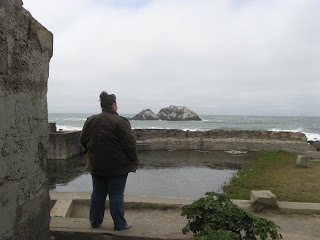 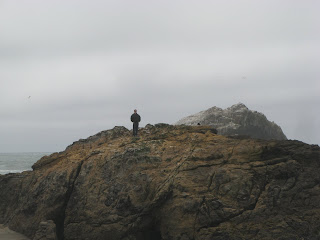 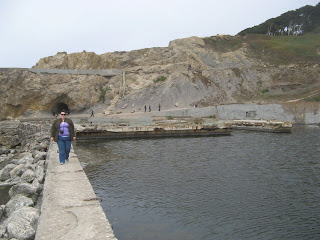 Then we did some exploring (by car mostly) through Golden Gate Park. 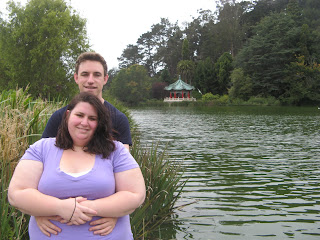 And where do you think we went to dinner? Goood Frikin Chicken of course! It’s where we take all of our lucky visitors. 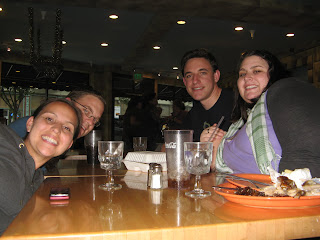 After dinner we made the trip out to Concord for Terri and Scott’s poker night. The newbies (B & B) got beginner’s luck and walked away with the pot!! 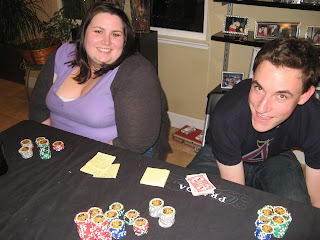 We had such a fantastic time with those two and we miss ’em already! Can’t wait for their next visit 🙂