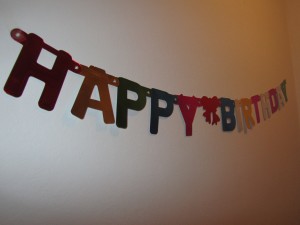 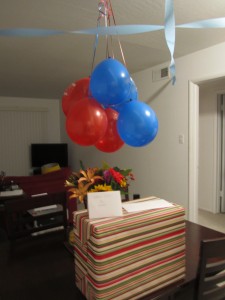 Then a batch of balloons, streamers, and a giant gift box.  What did I do to deserve such an amazing guy?!

What was in that giant box, you ask?  A sewing machine!  I’ve been wanting to learn to sew for years now and I am so excited to get started on these projects that I’ve been waiting to do forever now.

That night Jessie took me out to Yoshi’s in Oakland for some sushi and live music.  Yoshi’s is a pretty famous jazz club with locations in both Oakland and San Francisco and I’ve been wanting to go there for a while now.  The night we went, though, was a rare night of bluegrass music and not jazz but I was happy as a clam nevertheless!

A friend she met through her last job at the wine bar in Los Gatos happened to have three tickets to see his friend play the night of my birthday so she generously asked if I could tag along and alas, I ended up getting a fun night out on the town for my birthday!  Sure beat the alternative of me and Lola watching tv that night.  😉 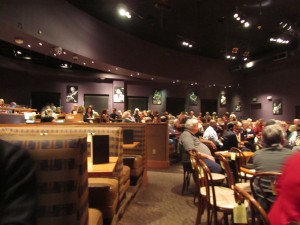 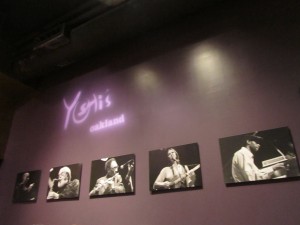 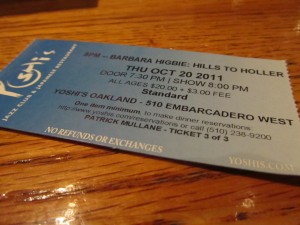 The group was fantastic.  His friend (the blond on the left in the following photos) is now a featured musician at the club and will be performing with select musicians throughout the year.  For her debut she chose two women to perform bluegrass music with.  So the three of them aren’t really a band, this was the first time they ever played together, but boy were they amazing.  They played such a great mix of folk, bluegrass, and blues. 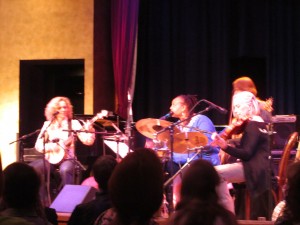 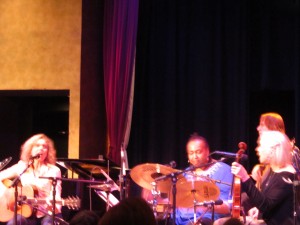 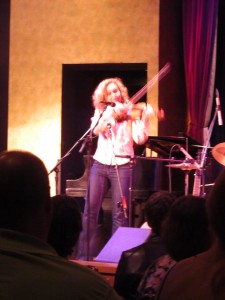 Here’s a video of the group performing one of their crazy-fast fiddle songs.

Jessie always has this amazing way of celebrating me for my birthday.  Last year she took me out to try escargot and then treated me to the Bridge School Benefit concert to see Pearl Jam, Modest Mouse, and Elton John, amongst others.  I sure got lucky in the sister department too!

The big plan for my birthday was to celebrate on Saturday night (so that Kevin could join in on the fun and not be at work) for some dinner and live music at Pena Pachamama in North Beach.  Pena Pachamama is a small, hole-in-the-wall Bolivian restaurant and music venue that serves mostly raw, organic food and has live music every weekend.  We reserved a table for 5 (me, Kevin, Jessie, Carleigh, and Scott) and spent a few hours there soaking in the amazing food and amazing sounds. 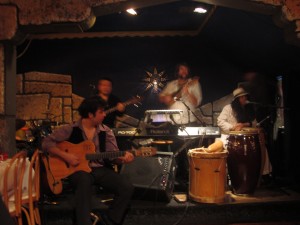 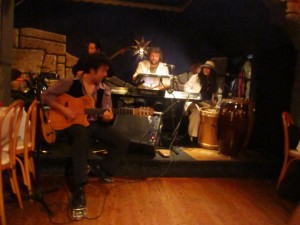 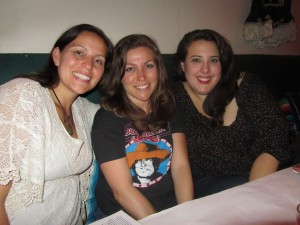 The girls! Me, Jess and Carleigh

Halfway through the show a few traditional Bolivian dancers came out to strut their stuff.

It didn’t take long for Carleigh and Scott to take over the dance floor! 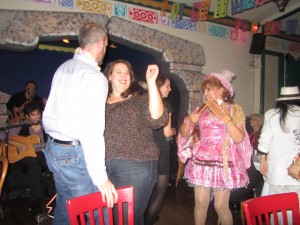 Then me and Jess braved the floor as well… 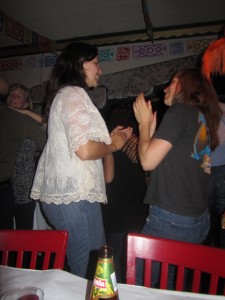 Once the table full of intoxicated girls took over the dance floor we knew it was our cue to leave, so we danced our way out of the restaurant and onto the streets of North Beach. 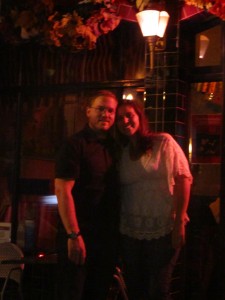 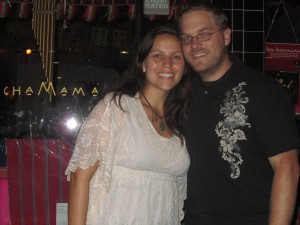 Me and Kev outside of the restaurant

I had SUCH a good time with my dearest family and friends and could not have asked for a better birthday weekend.  And I couldn’t end this post without saying that the evening ended with me yelling out the car window to a trolley-full of tourists “It’s my birthday!” (after which said trolley-full of tourists yelled out “Happy Birthday!”) and then I yelled out “Occupy the trolley!” (and no, I was not one of those intoxicated girls I mentioned earlier, I was just on a high from good food, good music, and great company!).